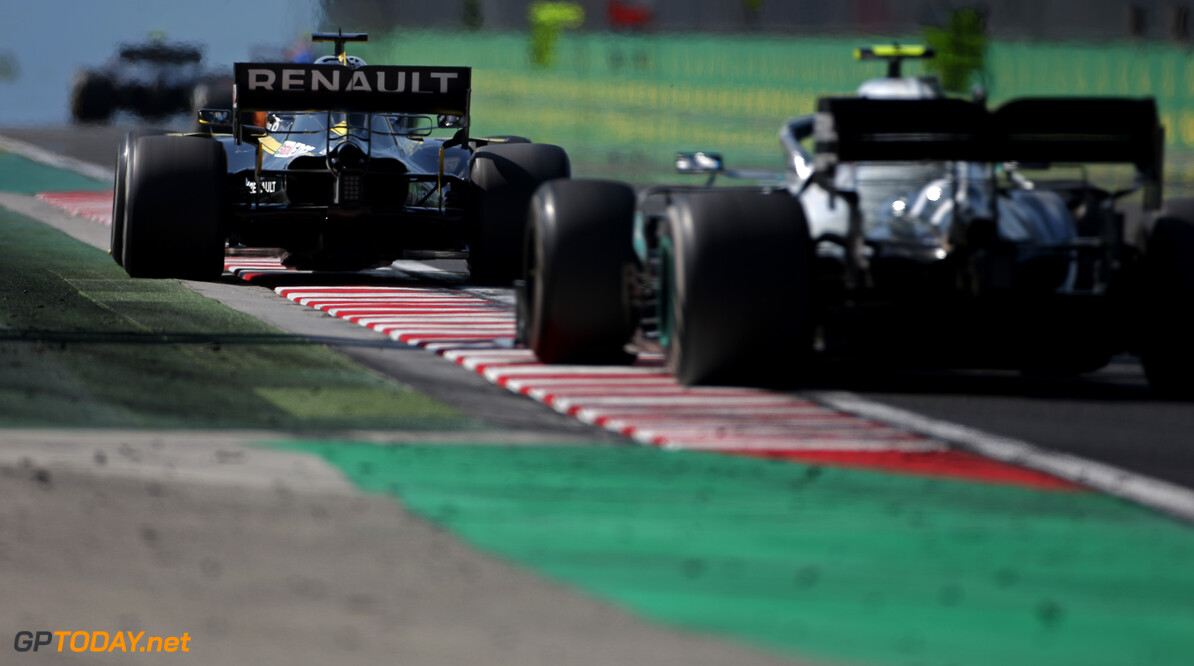 Pirelli says it is aiming to create a wider working range with its tyres, which will allow the drivers to push on them for longer without suffering from overheating issues.

The Italian marque has come under some criticism this season from some teams, who have struggled to unlock the ultimate pace from the compounds, citing a narrow operating window.

Pirelli previously stated that it designed the 2019 tyres to have a wider working range compared to the 2018-spec compounds - however certain teams have found difficulties with them.

Mercedes has had little problems compared to rivals Ferrari so far this season, but Pirelli says that Mercedes' advantage purely comes down to the design of its car.

"Mainly it is because of the design of their car," Pirelli F1 chief Mario Isola told F1Technical.net. "We don’t just focus on Mercedes, I can say that lots of teams work with the tyres quite well.

"Just look at McLaren, how McLaren are going compared to last year. It is not just the tyres, it is the design of the car. There are teams that are working well.

“Toro Rosso, Red Bull were complaining a few races ago, and they are now using the tyres quite well. There is a learning curve, this is true.

"Some teams are able to understand the tyres better, and for some teams it takes a bit more time. In the second half of the season, they are learning and converging, using the tyres in a better way."

For 2020, little changes are expected for the tyres, however in 2021, when F1 will see a number of technical and sporting changes come into force, Pirelli says it will once again alter the tyres.

“That is why we are trying to develop tyres with a wider working range. You can do that both with a different construction and with different compounds. We are going this direction, trying to keep the number of the homologated compounds.

"If it is possible to reduce overheating even more because overheating is something which drivers don’t like. If they can push the tyres more, we have then better races."

In 2021, Pirelli will use 18-inch wheels. Formula 2 will run the larger design next season, while F1 runs tests over the next 12 months.