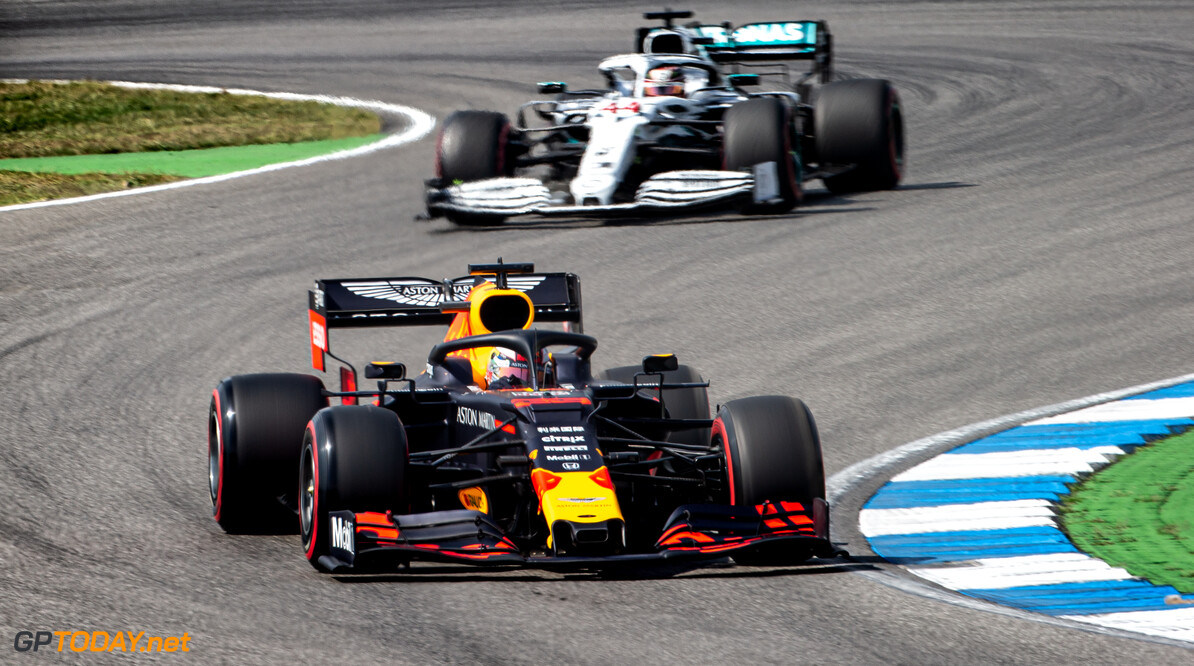 Red Bull still too far away from Mercedes - Verstappen

Max Verstappen has played down a potential title challenge in 2019, insisting that Red Bull is still too far away from Mercedes.

Verstappen has won two out of the last three races, emerging out on top at a chaotic German Grand Prix last weekend, while Mercedes struggled in the challenging conditions.

Red Bull has vastly improved its package over the course of the seaosn so far, but Verstappen says that a lot more must be done for it to consistently challenge at the front.

“Like I said in Hockenheim, it’s too early to say anything about that," Verstappen said. "We absolutely must improve further. We must first close the gap further, especially in qualifying. We are getting closer, but at the moment we are still too far away.

“As soon as we are in the right position in the qualifications, the races will also look different.

“As a team, we are very strong in coming up with good strategies and we are very good at carrying out pit stops, as you have seen in Germany. Those things can make a big difference if we start a little further forward.”

Prior to the start of the 2019 season, Red Bull advisor Dr Helmut Marko predicted that the team would win five races - a prediction that looked unlikely prior to Red Bull's upturn in form.

However, Verstappen now too believes that Red Bull could achieve the five wins and see Marko's prediction come true.

“I spoke to him about that and I was like, ‘Oof, Helmut, it’s quite optimistic, five victories in the first year working together with Honda’,” he said. “Because you know, at the end of the day, you have to get to know each other more and you learn more and more every single race together.

"But as soon as we won the first one, then of course Helmut was like, ‘I think we can get to five’ and I was like ‘okay’. It’s not bad to have won one, and now of course we’ve won two, so knowing that normally in the second half, we improve even more with updates to the car, it’s possible, I think.

“Hopefully, we can just close the gap to Mercedes, and even Ferrari of course – in qualifying they’re still very fast – to always be there, because then you have a lot more opportunity to win.

“But at the end of the day, there are 21 races and I want to win all 21, not just five. But we’re working on it and I think we’re getting better every weekend.”