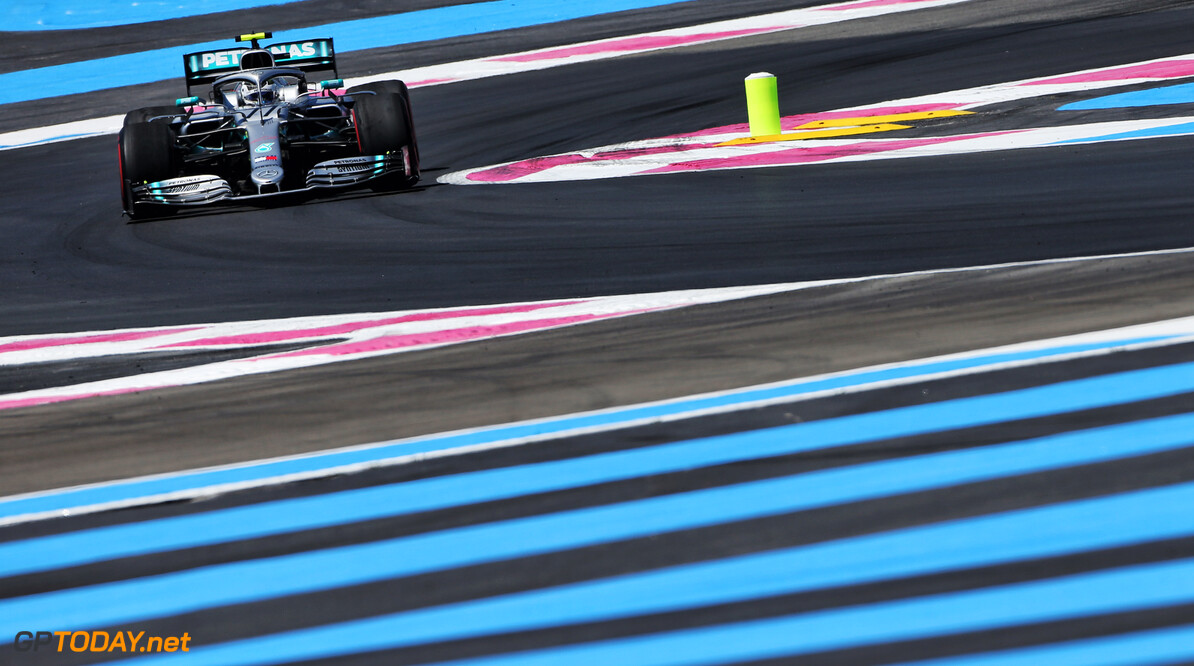 Valtteri Bottas believes the Circuit Paul Ricard can be improved by removing the chicane that breaks up the Mistral Straight.

The chicane has been in use for the last two years since the French Grand Prix has returned to the calendar, with most of the overtaking occurring into that corner.

However, Bottas says that it would be more exciting if the chicane was removed in order to see some high speed overtakes into the Signes and Double Droite du Beausset corners.

"It would be a lot better without the chicane, to aid overtaking," Bottas said. "There are tracks that are much more difficult to overtake than here, but it would make the track a bit cooler.

"There would be some really nice overtakes at the end of the back straight at very high speeds so that would be cool. But now there's a chicane and we have to go around it."

After eight races in 2019, Bottas is 36 points behind teammate Lewis Hamilton, who leads the drivers' standings.

Bottas sees their fight this year as close as its ever been, mentioning the tightness of their qualifying battle in which Bottas has an average advantage of 0.075s.

"It's super competitive this year, of course it has been before but it's been close between Lewis and me, closer than ever in qualifying," Bottas said. "And also from my side, in terms of race pace, it's been better than '17 and '18.

"But I think race pace is something that I need to focus on and improve. It's going to be all about small margins and taking the opportunities at each race weekend."