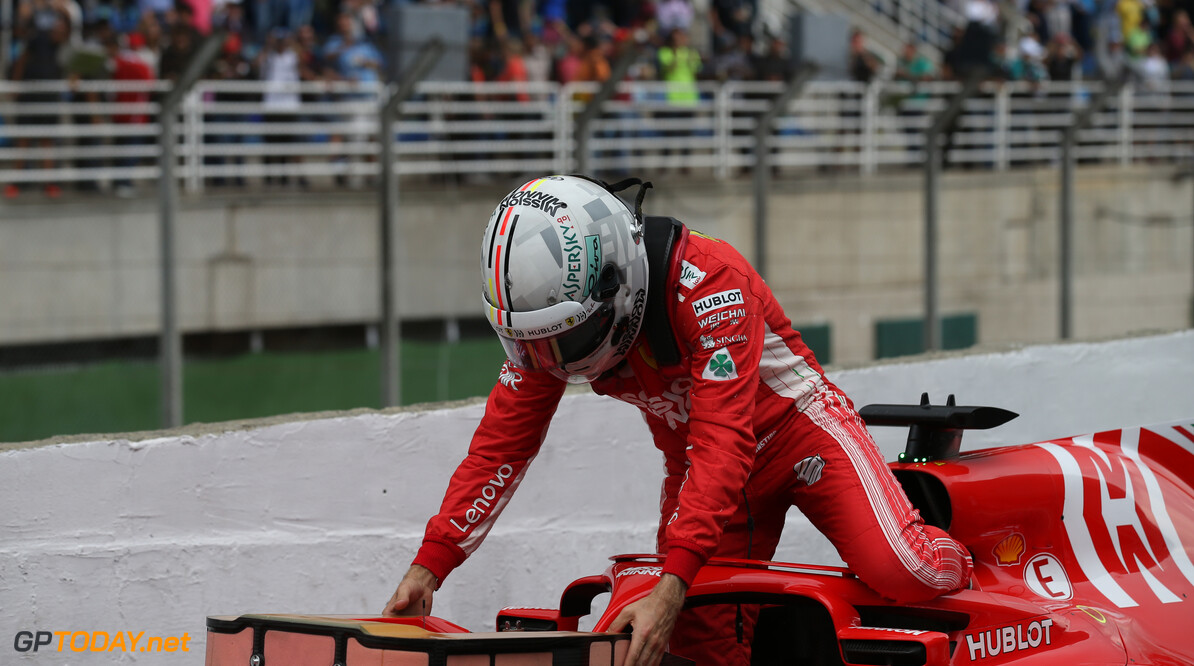 Sebastian Vettel will keep his front row start for Sunday's Brazilian Grand Prix after the stewards opted not to hand the German driver a grid penalty for his incident with the weighbridge during qualifying.

However, the Ferrari driver has received a reprimand and has been fined €25,000. Vettel was called onto the weighbridge towards the end of Q2, as he came in to fit the soft compound tyres. Vettel grew frustrated as he felt the FIA personnel attending the weighbridge were not operating fast enough.

Vettel was accused of not turning off his engine while he was on the weighbridge and destroying it as he took off following the inspection: “During the second Qualifying session at 15:27, the driver of car number 05, when called for weighing, refused to turn off the engine,” noted FIA technical delegate Jo Bauer after the session.

Vettel was left frustrated by the occurrence after he qualified in second place behind Lewis Hamilton: "They shouldn’t call us when the conditions are changing like that. I think it’s unfair if somebody gets called in. I wanted them to hurry up.”

Statement from the Stewards

"The officials give directions to the drivers at the scales in order for the weighing procedure to be accomplished in an orderly and safe way, without the possibility of damaging the scales.

"The Stewards observed that the driver did not stop the engine at the time he was directed by the official at the scales, knocked over the cone placed to stop the driver from driving onto the scales, which he then did.

"At the time he was being shown a sign to have his 'Brakes On' by an official that was standing in front of the car, and while not hitting the official did force him out of the way while driving onto the scales. He then turned off the engine.

"While no one was hurt by the scales being thrown out from behind the car, and while the Stewards accept that the driver did not drive off the scales in a reckless manner, the procedure is established exactly to prevent damage to the scales or a potentially dangerous situation, which is exactly what was caused.

"The Stewards found that the driver failed to follow the instructions of the relevant officials for the safe and orderly conduct of the Event and order a Reprimand (Non-Driving) and a fine of €25,000."