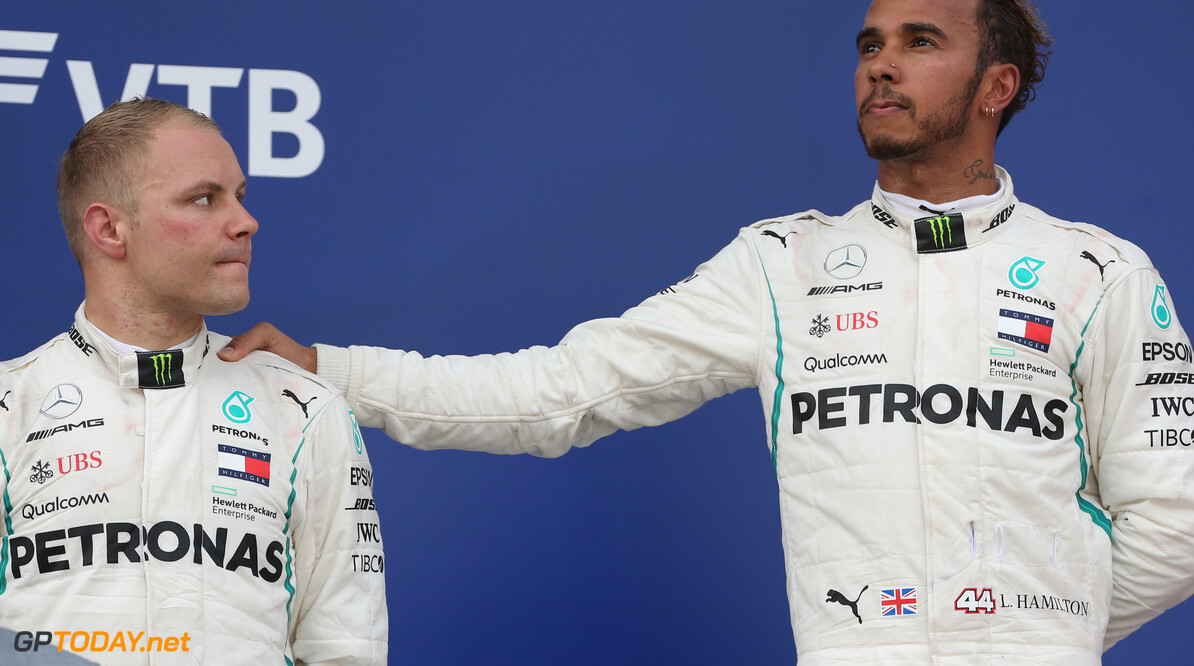 Toto Wolff has said that using team orders against Valtteri Bottas in Russia is 'the harsh reality' that the team are facing, now that Bottas is firmly outside of the championship battle. The switch between the two teammates today lost Bottas the race win, after he qualified on pole position on Sunday.

it was done to prevent Sebastian Vettel from getting past the Hamilton after he developed a blister on his left rear tyre. In the closing stages of the race, Bottas was told that the team would not swap positions again before the end of the race, even though the threat from Vettel had all but disappeared. When speaking to Sky Sports F1 after the race, team principal Wolff admitted that he felt uneasy about making the call.

He said: "We are all racers at heart, and what we want to see is out and out racing and may the quickest man win - and then we are a bunch of rational guys, and we discuss things in the morning and then everything is different in the race. This is what happened today."

"We should be over the moon with a one-two, and fundamentally we are, but we also feel it went against Valtteri. It would have been a race win for him, and we changed it."

"It’s deflating for a driver and deflating for a team. But there is a harsh reality also that on a day you can extend a lead by seven points more for a championship that has been very tough and very difficult at times. Here you have to take it, and this is what we did today."