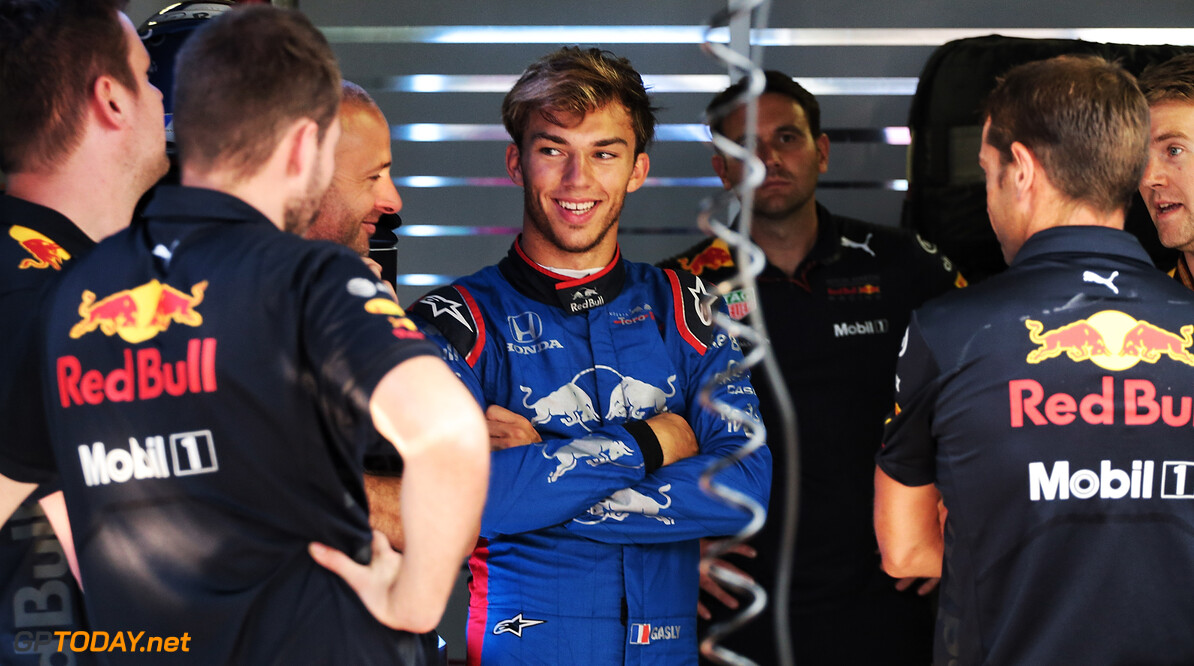 For the 2019 season, Pierre Gasly will move from Toro Rosso to Red Bull following Daniel Ricciardo's decision to leave the team. Gasly was confirmed as Ricciardo's replacement during the summer break, before the Belgian Grand Prix.

Ricciardo claims he needs a fresh challenge and will be departing the energy drink team following the Abu Dhabi Grand Prix later this year. And with Gasly already confirmed as his replacement, preparations have already begun for the Frenchman and for Red Bull.

On Thursday at Monza, Gasly was seen in the Red Bull garage wearing his Toro Rosso overalls and chatting to the mechanics. Moments later, he clambered into the cockpit of the RB14, wearing his helmet as the team formed his seat.

This led to wild rumours in the paddock that Gasly was set for a switch to Red Bull before the end of the season. However, it was nothing more than a simple seat fitting for Gasly, which was held in an open garage and in front of the public.

Red Bull will gather valuable information about the design of its 2019 car when it sees how much space it has to work with. Red Bull did a similar thing in 2015, when Max Verstappen was brought in from Toro Rosso to have a seat fitting. However, the Dutchman didn't receive the senior team promotion until after the start of the 2016 season.

Gasly was in the Red Bull yesterday just to check things like elbow clearance for next year. "He is not due to drive the car until after the season," says Horner after reports of Gasly swapping with Ricciardo before the end of the season