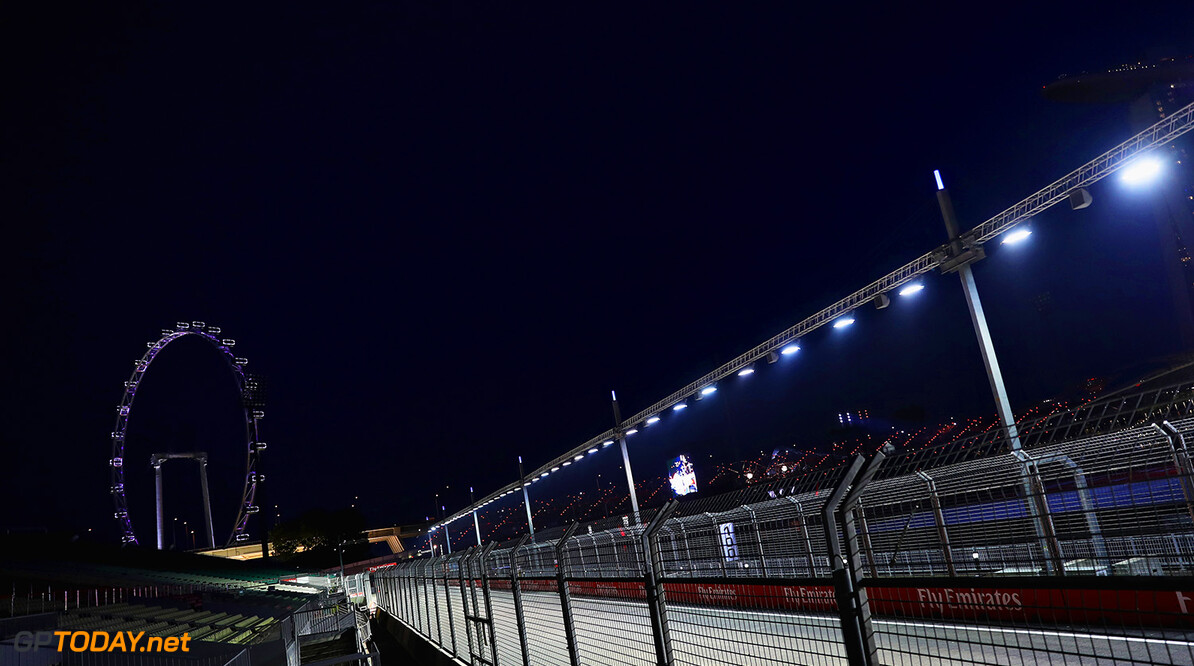 Concerns are rising in the Formula 1 paddock as Singapore prepares to host its first ever race in the wet. While F1 has been travelling to the Marina Bay Circuit for 10 years, there has not yet been a wet race. However, there was a torrential downpour hours before the start of the event, causing some to speculate the dangers that lie ahead.

With Singapore hosting its race under lights, Haas' Romain Grosjean fears that it may be impossible to race in the conditions. With the spray being kicked up towards the lights around the circuit,  the Frenchman thinks visibility could be dangerously poor.

When asked if it was possible to race at night time in the wet, he said: "I've got no idea - and that is the concern I've always had with this race. With the lights high up, if the spray goes up we may not see much. But let's see. I don't know how it is going to work."

The Porsche Carrera Cup Asia support race, which took place after the downpour of rain hit, had to be delayed as the track was deemed to be too wet. The rain is expected to decrease in the build-up to the Singapore Grand Prix but there is a strong chance it will return after the start of the race.