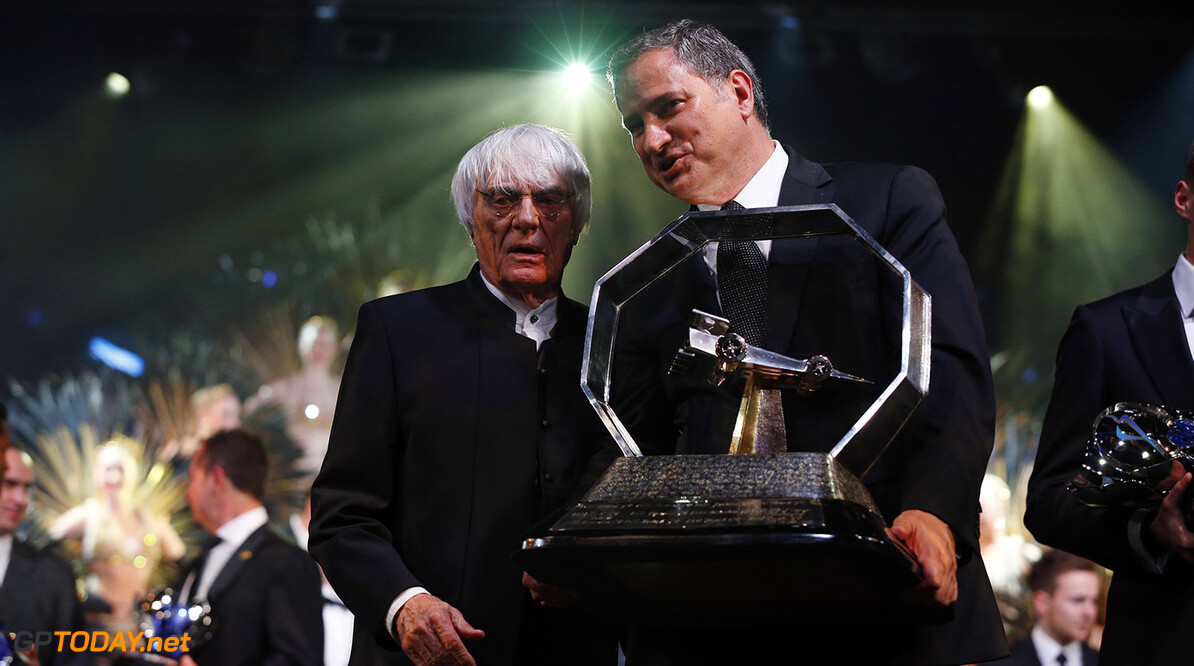 Talks about new engine for 2018 in full swing - Ecclestone

Bernie Ecclestone says the idea of an alternative engine in formula one is not dead yet. Before the recent F1 Commission meeting, the sport's supremo and FIA president Jean Todt were pushing for an independent supplier of a new, louder and more affordable engine to come in for 2017, with rules to run parallel to the existing 'power units'.

The proposal was voted down. But then, at the subsequent World Motor Sport Council, Ecclestone and Todt were handed a new "mandate" to propose changes for the good of F1. Ecclestone has told the German newspaper Die Welt that the biggest problem with F1 is Mercedes' utter dominance.

"It is basically nothing new," he admitted, "because we've seen it before with Ferrari. But it was different, actually. Mercedes' domination is now so overwhelming that there is hardly a chance for anyone else," said Ecclestone.

"Ferrari had a different feeling, a different presence. That is not to say that Mercedes has done anything wrong, but it is not good for the sport. It makes it boring," he explained. "Their dominance is so great that many people watch the start of a grand prix and then switch off the television."

Ecclestone said that is why he and Todt came up with the idea of an independent engine supplier with different rules, ensuring more "competition". "When I say independent, I mean independent of the major car manufacturers. But that does not mean we want to drive them out of formula one -- on the contrary. We just want a powerful engine that teams can buy more cheaply," he said.

The F1 Commission scrapped the original plan, with the car manufacturers like Mercedes and Ferrari vowing instead to come up with another solution for 2018. But Ecclestone says: "Everyone, including the manufacturers, can make a suggestion if it means we have a good, cost-effective engine that is available to all the teams. Basically, the discussion about a new engine for 2018 is in full swing," he insisted.

Ecclestone warned that if the talks do not result in a "reasonable" solution, the FIA will step back in. "Should the teams and manufacturers not like the (new) regulations, they have the right to respond," said the Briton. "Either they can stop being in formula one or make a protest to the FIA -- or whatever."

Told that it doesn't sound like polite diplomacy will be the order of the day, Ecclestone answered: "We cannot allow formula one to be destroyed. And I won't. There will definitely be a different engine in the future, with more horse power and much cheaper. That much is clear to me."

He said the big problems with the current power units is that the technology is overwhelming the 'show'. "We are in the entertainment business," Ecclestone insists. "Like any sport, we are massively dependent on the audience. And I am convinced that the audience is for the most part not interested in the engines."

"They have no idea about this highly complex technology. Many in the paddock don't even understand, so how can they expect the fans to? What they want to see is exciting, entertaining races with various different winners. That's what we have to deliver. Nothing else. We are not talking about manipulating (the manufacturers) or anything, but that we all do our jobs properly so that formula one stays alive," he added. (GMM)