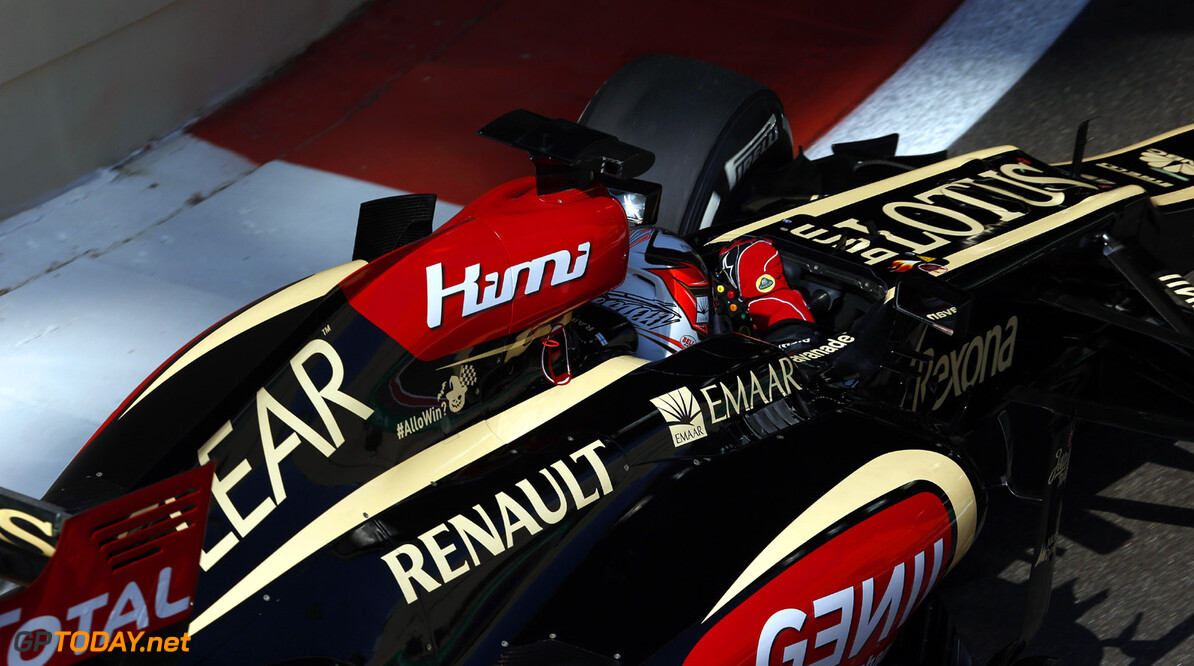 Kimi Raikkonen might already be regretting his impending return to Ferrari, according to a pundit. The Finn had a particularly bad-tempered weekend in Abu Dhabi, starting with his no-show on Thursday and ending with a rare first-lap crash and rapid return to the airport in flip-flops.

Former driver Christian Danner, now a pundit for German television RTL, thinks Raikkonen is not simply annoyed at his situation at Lotus, but also with his impending move to Ferrari. "Kimi is annoyed that his manager is sending him back to Ferrari," Danner told the German newspaper Bild. "He sees that Alonso at the moment is driving for the 'golden pineapple' at best -- far away from winning," he added.
More about Ferrari


Danner thinks Raikkonen will also not be looking forward to the environment at Ferrari. "Lotus gave him all the freedom he wants, and at the moment quite clearly a better car as well," he said. "What's he going to do when Luca di Montezemolo tells him he's going to too many parties?"

Danner's comments are interesting, but in light of Lotus' well-document financial problems, returning to Ferrari is probably a good move for Raikkonen -- particularly with 2014 tipped to be an engine-dominated championship. Reports are also questioning the legitimacy of Lotus' new backers, Quantum, who promised to buy 35 per cent of the team months ago, but are still yet to deliver a single euro.

Germany's Sport Bild also claims Quantum chief Mansoor Ijaz has often been behind shady deals that ultimately did not happen. And Livio Oricchio, the correspondent for Brazil's O Estado de S.Paulo newspaper, said the American-Pakistani was even in court last year, for not paying back huge loans.

Der Spiegel magazine reports that one possible solution for Raikkonen is that Bernie Ecclestone will direct Lotus' official prize-money straight to the 2007 world champion's account. Indeed, the reality of Raikkonen's Ferrari return is that the Finn rightly wants to cash in on his status as one of the best drivers in F1.

Timo Glock was a paid driver for Marussia until the end of 2012, when he lost his seat to a 'pay-driver'. He is now a paid front-runner in the German touring car series DTM. When asked about Raikkonen's threat to strike over his unpaid wages, Glock said: "It shows what really is going on in formula one. The sport needs to have a real think in order to keep itself alive," he told German radio Sport1. "Apart from Ferrari and Mercedes, everyone is having difficulties," Glock continued. "They need to think about whether it's right that drivers aren't being paid."

Ferrari, meanwhile, is happy with its top lineup for 2014, with Alonso alongside another former champion. "Kimi suddenly and unexpectedly became available in the summer," team boss Stefano Domenicali told Welt newspaper. "We had to take the opportunity. It was almost not a conscious choice we had to make," he added. (GMM)
F1 News Mercedes Lotus F1 Ferrari Marussia
<< Previous article Next article >>
.