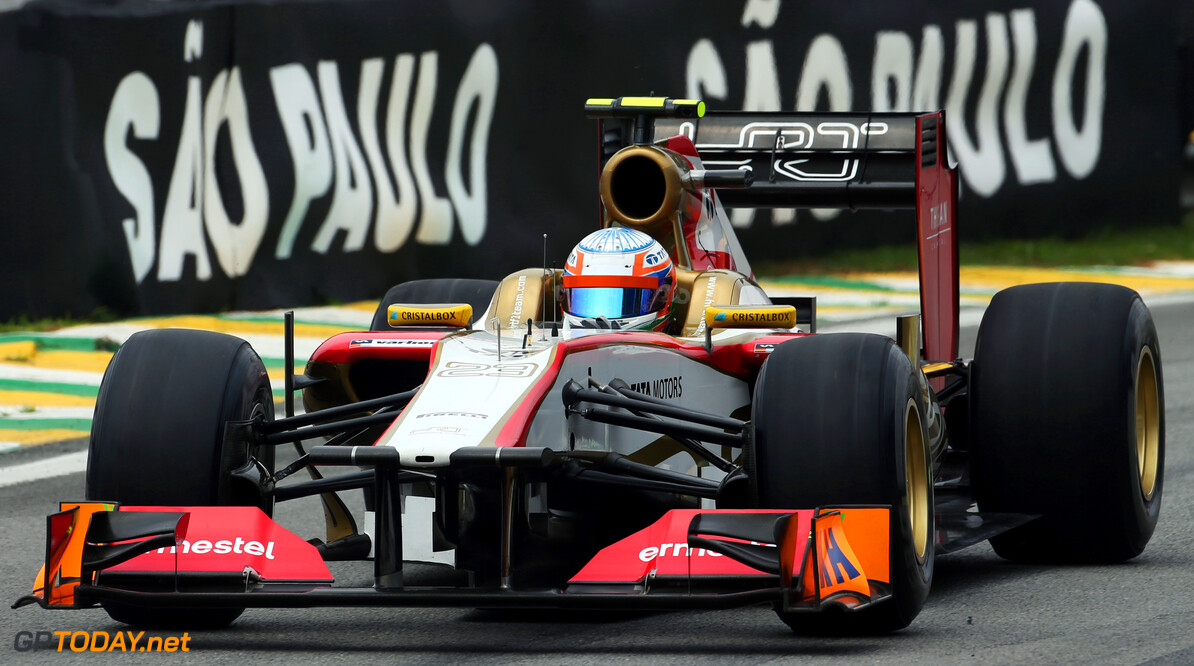 HRT absent from FIA's entry list for next season

HRT is missing from the FIA's official entry list for 2013. It was already known that the Spanish team has not signed the crucial Concorde Agreement for next season and beyond, and that staff had been told in Brazil the outfit will fold within a week if a buyer is not immediately found.

A brawl reportedly broke out at HRT's Madrid headquarters after the Brazilian grand prix, when mechanics returning from Sao Paulo were due to receive redundancy compensation. F1's other eleven teams were all listed on the FIA's 2013 entry list, published by the governing body on Saturday evening. It is not the final version, however, as several teams have yet to inform the FIA of their driving lineups. (GMM)
F1 News HRT
<< Previous article Next article >>
.