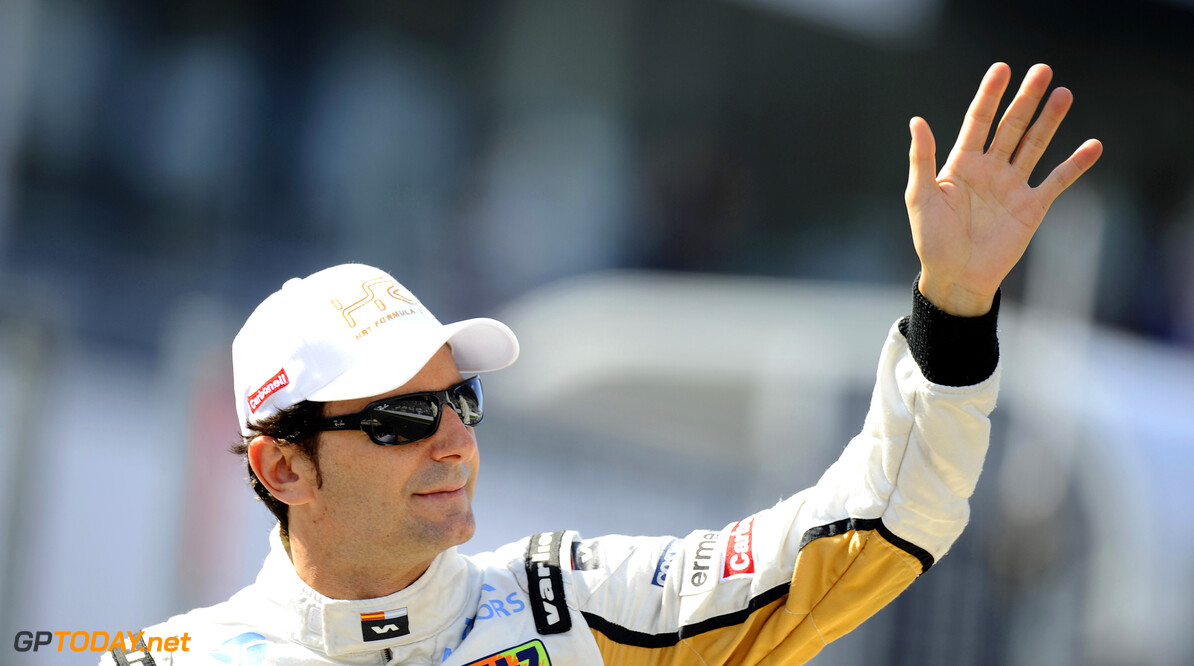 HRT needs to buckle down this winter to improve its formula one car, according to the struggling Spanish team's leading driver Pedro de la Rosa. "We need a good winter to improve the car aerodynamically, which is our weak point," he told El Confidencial.

With its new ownership and management, HRT has in 2012 improved its shaky image of the past few seasons, and is no longer troubled with worries it will not even qualify for races. "Well, we progressed quite well until the summer," said de la Rosa, "and then we stalled a bit, with a slower development than we expected. But still, overall the progress has been very good. We didn't qualify in Australia and then in Monaco or Valencia we were 103 per cent from pole, which is a good result."

But de la Rosa, who is committed for 2013, also acknowledged that there is a lot of work to do. El Confidencial referred to recurring brake problems that appear to have no solution, leaving the public with the idea that HRT is in fact not making progress.

Another major problem is the looming 2014 season, with V6 engines reportedly set to cost much more and HRT needing to build an all-new car rather than tweak the existing one. "It all depends on what we do next year (2013)," de la Rosa said. "If we can strengthen, 2014 will be much easier for us. Nobody has a guaranteed future in formula one." (GMM)
F1 News HRT
<< Previous article Next article >>
.