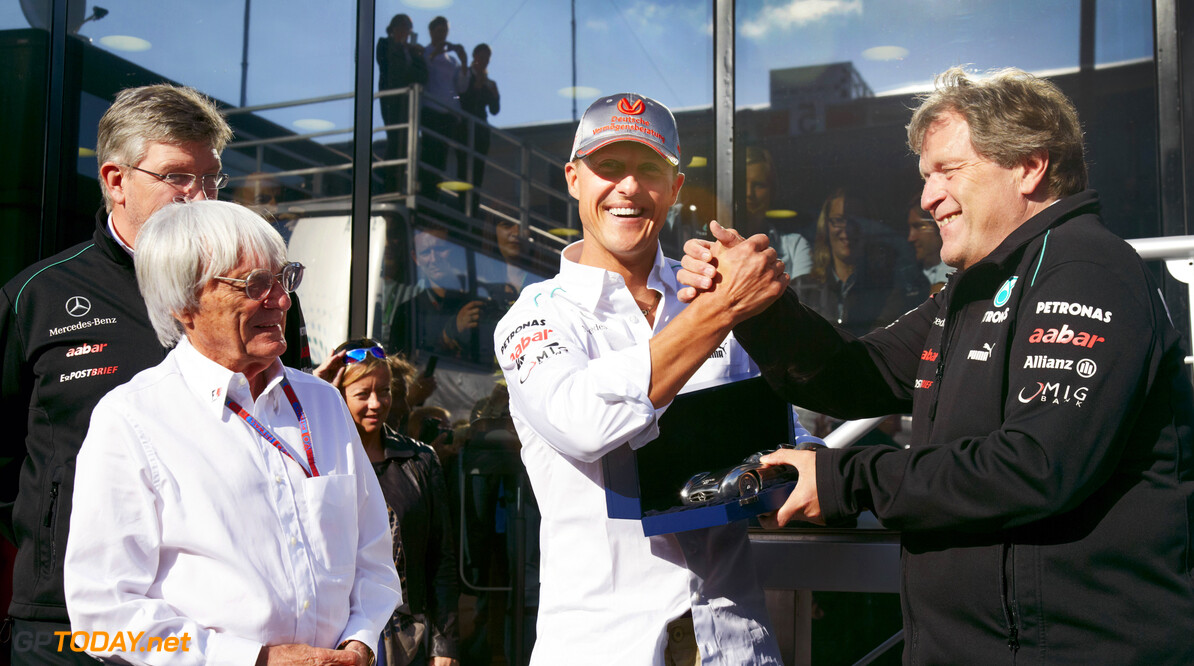 Bernie Ecclestone is now happier with the prospect of F1's V6 engine rules switch. Until now, the F1 chief executive's main worry has been that the new 1.6 litre turbo units will not sound as good as the current normally-aspirated V8s.

But just ahead of last weekend's Italian grand prix, he travelled to Maranello to meet with Ferrari president Luca di Montezemolo as well as FIA president Jean Todt. While at the famous Italian team's HQ, Ecclestone visited Ferrari's engine department and heard a live V6 running on the dynomometer, Germany's Auto Motor und Sport reports. "Even Bernie Ecclestone was pursuaded by the sound of the engine," the report read.
More about Ferrari


Meanwhile, Auto Motor und Sport also reports the risk that Vitaly Petrov will lose his Caterham seat perhaps even before the 2012 season is out. The magazine said that, with Petrov's funding running out, Dutchman Giedo van der Garde is a candidate for 2012, with the well-funded Marussia driver Charles Pic in the running for next year's race seat. (GMM)
F1 News Ferrari Marussia
<< Previous article Next article >>
.