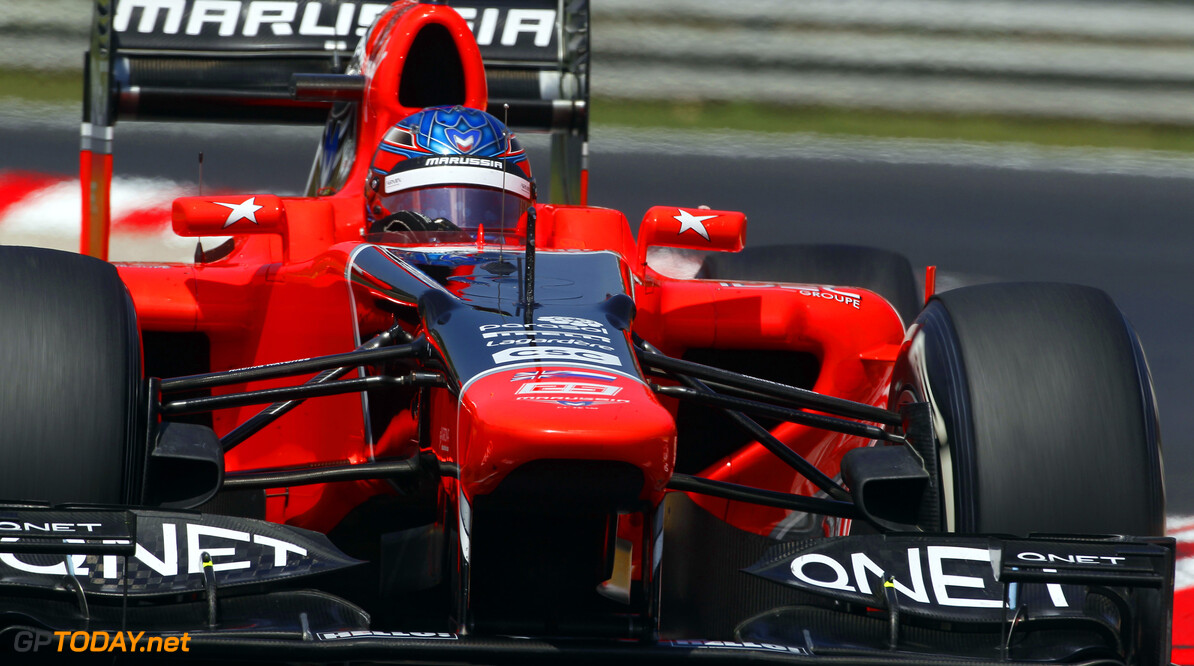 Marussia teammates Timo Glock and Charles Pic are still far from the best of friends. We reported in July that the pair are not getting along, after the experienced German Glock accused his rookie French teammate of blocking him in Hungary.

"Maybe he doesn't understand the English on the radio," the angry Glock said. He insisted it is "pointless" to try to sit down with the 22-year-old, because the blocking had happened several times this year.

"It's up to the team to solve it." The tension remains high, after the two Marussias fought hard for track position last weekend at Spa-Francorchamps.

Asked by Auto Motor und Sport if it was a "fair fight", Glock answered: "Only to a certain point. "That's all I really want to say. There have been a couple of hairy situations that we have to resolve internally." (GMM)
F1 News Marussia
<< Previous article Next article >>
.