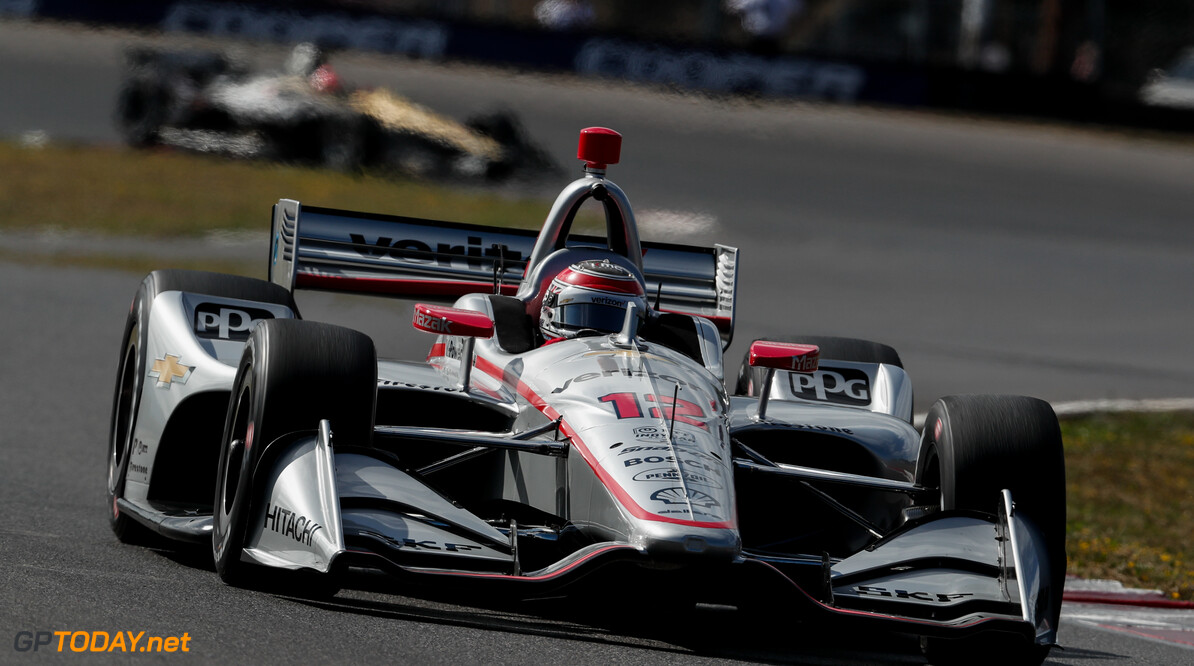 Will Power has won his second race of the season, inheriting the lead from Scott Dixon who lost his lead with a battery failure.

Dixon was leading the race after overtaking pole-sitter Colton Herta on lap 37, who found himself dropping through the field after Dixon found his way past due to struggles with his tyres.

The Kiwi pulled out a comfortable lead, however as he pulled into the pit lane to fit new tyres and receive a splash of fuel, his battery cut out, as reported by Chip Ganassi Racing.

Power then took the lead and was unfazed on his way to the chequered flag, keeping his cool after a late caution was called when Santino Ferrucci stopped on his way into the pit lane.

"It was a pretty tough race, I had constant pressure," Power said. "In the end,  could pull away and I felt like it was going to be good - then we had the yellow and I was like 'come on, man'.

"I was determined to get a good restart and just so stoked to get it into victory lane. It helps the team, helps the other guys to take some points away. It's awesome."

Felix Rosenqvist found himself in front of Alexander Rossi after he made a pit stop, and he would come home in second, equalling his best result of the year.

Rossi was third, gaining on rival Josef Newagrden who finished in fifth place behind Herta.

The third Penske car of Simon Pagenaud was seventh, recovering after being involved in a lap one collision with Max Chilton.

Further up the road into Turn 1 on the opening lap, Graham Rahal braked to late and made contact with Conor Daly and James Hinchcliffe, putting both SPM cars out of the race.

Zach Veach was also caught up in the incident, while Ryan Hunter-Reay retired after running into the side of Jak Harvey shortly after the first restart.