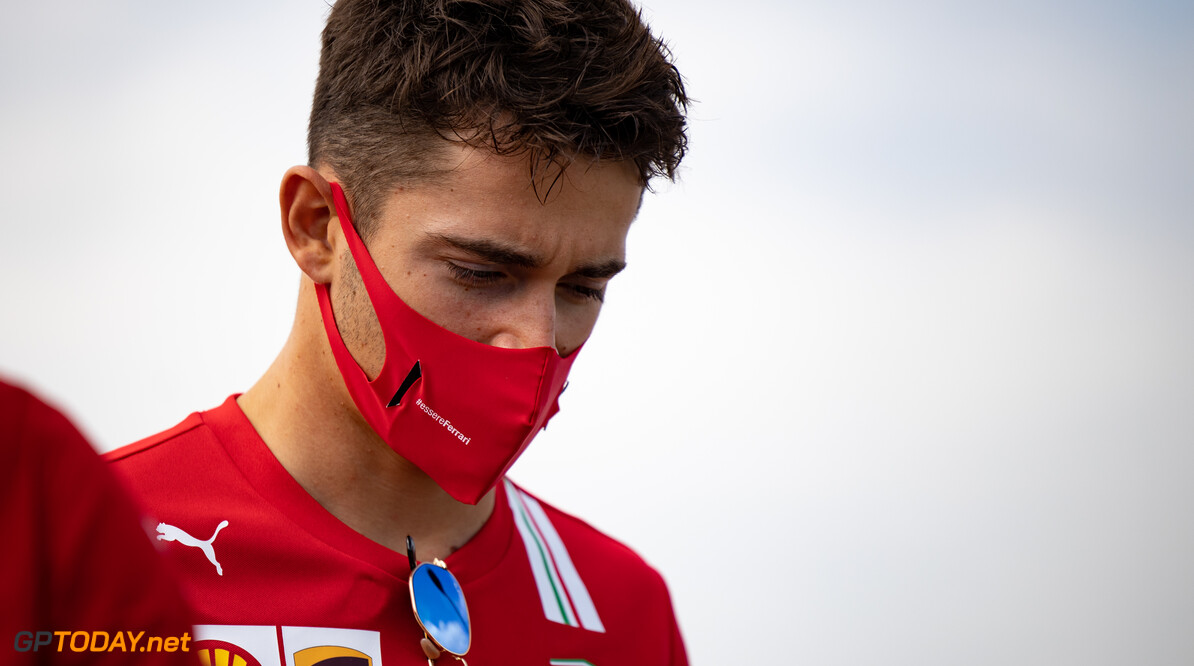 Ferrari's Charles Leclerc expressed his disappointment with the performance of the team during Ferrari's one-thousandth race during Sunday's Tuscan Grand Prix, claiming the team were 'just slow'.

After a good start and problems for cars around him, Leclerc converted his fifth-place qualifying result into third in the opening laps of the race but was not able to stay there and was quickly caught by the chasing cars, eventually finishing in eighth place.

Leclerc also suffered from tyre wear during the race, being forced to make two pitstops during the race despite two red flags which saw the opportunity to restart the race on fresh tyres.

Commenting on his performance after the race, Leclerc urged his team to 'try and understand' the issues with the SF1000 as the team continue to struggle with the chassis over the race weekends.

"We were just slow," Leclerc explained.

"There's not much more to add to that. We didn't have the pace. I had a great start, put myself I think in the best possible position, I had the two Mercedes that were going away so I had free air but I was just struggling so much with the car.

"I don't know. We have to work and try to understand honestly because some races, we are not very competitive in quali but better in the race which has been the case at the beginning of the season.

"Now we seem to have done quite a good job yesterday in quali but struggling massively with the car in the race. It's a difficult moment."