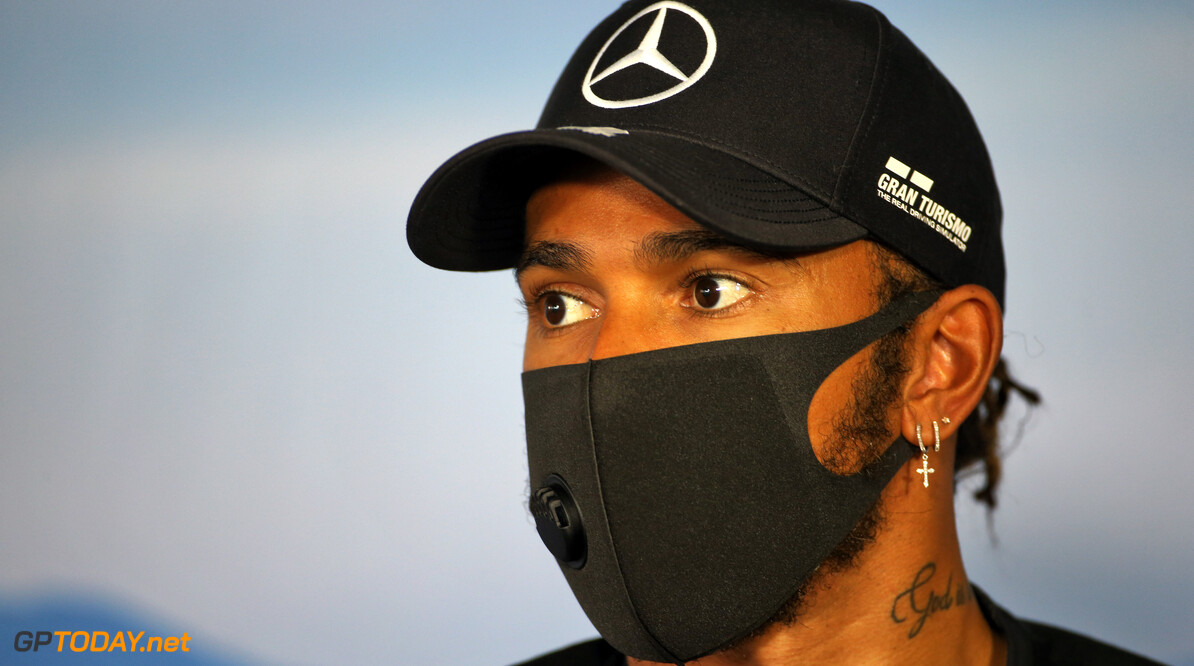 Hamilton notes how drivers are suffering in warm Barcelona tamperatures

Mercedes driver Lewis Hamilton noted how drivers are suffering from the rise in temperature for this weekend's Spanish Grand Prix, claiming it is very difficult to keep the tyre temperatures low.

Hamilton, who took pole position for the Grand Prix on Sunday said it has been tough on the drivers physically but it has been even tougher to balance the rising temperatures on the circuit.

The rise in temperature is down to this year's race being run in August, having been postponed from its usual spot in May due to the COVID-19 pandemic.

"It's so fast around here, it's the fastest we have been around here, so the forces on our body is very intense and then it's the tyres that we are really struggling with.

"You see us pulling around on the out lap just to keep the temperature out of the tyres but even with those laps we still have temperatures rising. That's what we are trying to manage on the laps."

Hamilton also said he was aware of the challenge from Red Bull and particularly third-placed Max Verstappen, who looks to have slightly better race pace in the hot conditions compared to the two Mercedes.

Verstappen managed to beat both Hamilton and teammate Valtteri Bottas to victory during last weekend's 70th Anniversary Grand Prix, with the hot conditions suspected of causing Mercedes to suffer from tyre blistering throughout the race.

"I couldn't go quicker on my second lap, which I thought I could because I thought it wasn't a good lap but it was decent I guess. It did the job thankfully," Hamilton added.

"These guys do such an awesome job and we are constantly learning. I've was here with the guys till 10 pm last night just looking over all the details, how we could improve, what areas of the race we could improve because the Red Bulls are super fast."