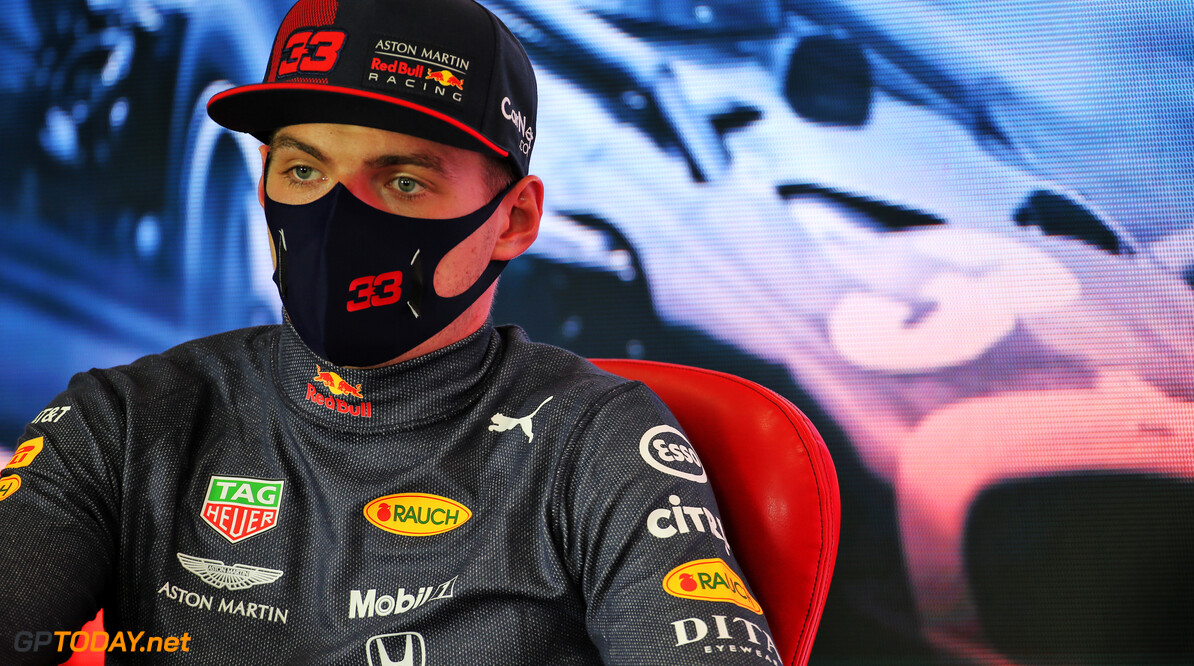 Verstappen explains how he managed to defeat Mercedes at Silverstone

Red Bull's Max Verstappen has explained how he managed to get past both Mercedes at this evening's 70th Anniversary Grand Prix and take the victory at Silverstone.

Verstappen was able to take the lead and hold on to secure the top spot this afternoon after tyre issues again plagued Mercedes, forcing both cars into an early pitstop.

Verstappen, who started on the hard compound opposed to the Mercedes' medium, took the lead after managing to stay with the Mercedes throughout the opening stages and was able to extend his stint to pit a second time on the same lap as pole-sitter Valtteri Bottas.

Delighted at the outcome of the race, Verstappen was pleased to finally have been able to challenge the dominant Mercedes and explained how he used the harder compound to jump the two cars and extend his stint to eventually take victory.

"So far, we never had the opportunity to fight with them really," Verstappen explained.

"I was like, well I am not going to cruise behind. I have nothing to lose. Worst case, I'll be P3, best case, we win the race and of course, that's what's happened today."

"We had the right strategy I think, the tyres were working really well. As soon as the two Mercedes cars pitted I could pick up my pace and I never really have any tyre drop.

"It was really surprising, and of course I'm really happy with it. Then, I came out behind Valtteri but of course, I was on the softer compound so I could pass him and then again could control the gap.

"Then we pitted together and it was about who could be the fastest to the end, but I could see Valtteri was never really able to put the pressure on so I just managed that gap."