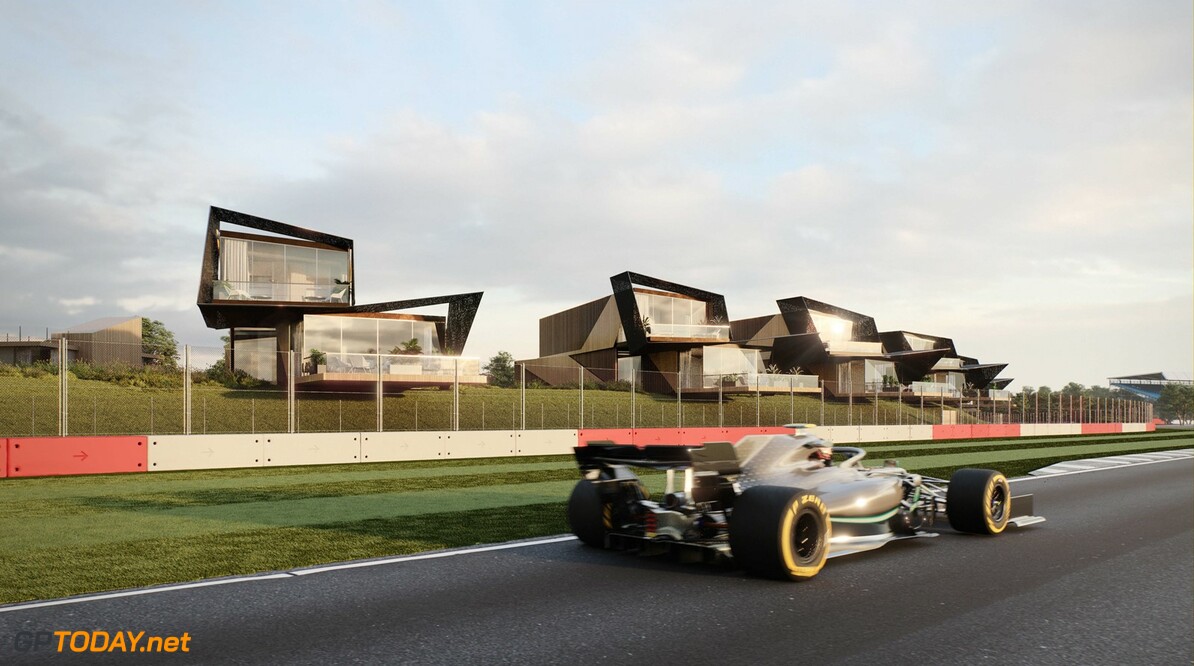 New trackside apartments that overlook the Silverstone Circuit, the home of the British Grand Prix, have gone on sale.

The apartments are currently being constructed on the outside of Maggotts corner, where cars flick through a series of fast turns in a sequence that is regarded as one of the more spectacular places to watch Formula 1 cars.

60 individual residences are being constructed by Escapade Living as well as a clubhouse and car storage.

Escapade Living says the apartments “will enable buyers to call a piece of Silverstone their own, have unique motorsport benefits and to share in the investment returns”.

Will Tindall, CEO of Escapade Living, said: “We’re building a community that shares a collective lust for performance, speed and great machines.

“Escapade Silverstone is completely integrated with the circuit – an authentic experience borne out of the world’s foremost racetrack. The result is a unique expression of Silverstone’s purpose.”

The announcement comes after the Hilton Garden Inn was announced in 2018, to be opened for 2021.

Stuart Pringle, Silverstone's managing director added: "Silverstone has always been a centre of excellence from a racing, technology and engineering perspective.

“But we aim to be a global, all-weather destination, welcoming guests from around the world on a daily basis to enjoy motorsport together, and to do it in surroundings which enrich that experience.”