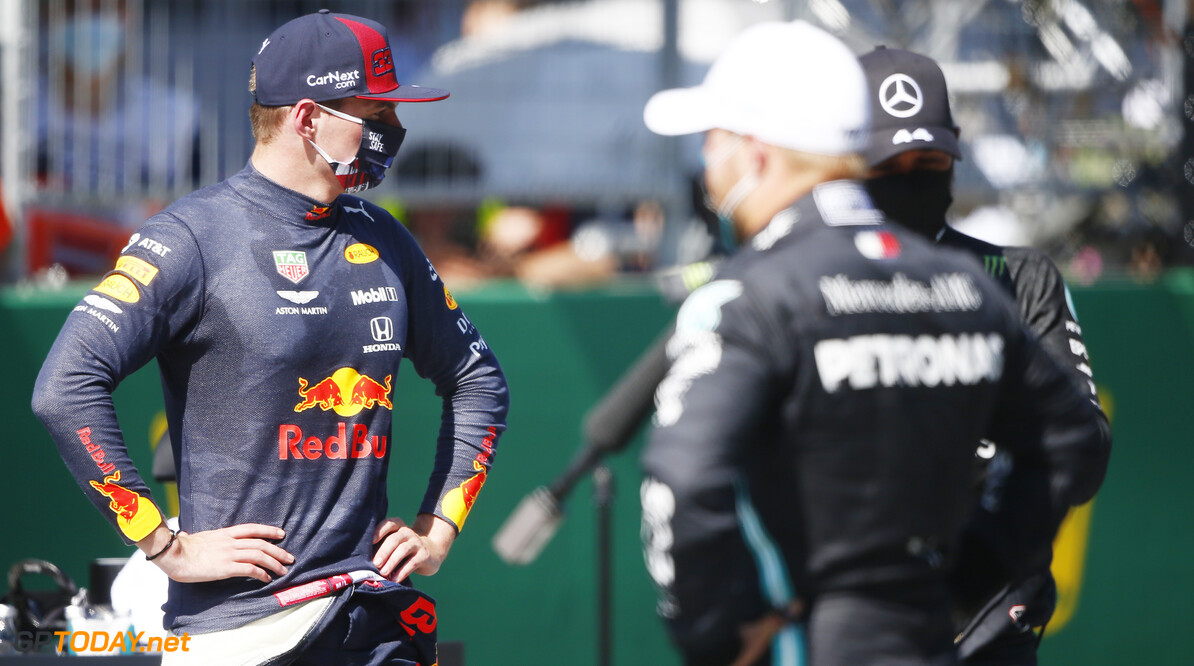 How F1's new podium ceremony in Austria will take place

Formula 1 has revealed how the new podium procedure will take place this year in Austria amid the ongoing coronavirus pandemic.

In order for the sport to return in a safe manner, 'bubbles' have been created within the F1 paddock with teams prohibited from interacting with each other, while fans are not yet allowed to attend races.

Podium ceremonies have traditionally taken place above the pit lane, with team personnel gathered below to celebrate the top three and fans taking to the circuit for a closer view.

However, with social distancing measures in place, F1 has been forced to rethink how drivers will receive their trophies after the chequered flag, and have come up with the solution of hosting the commemoration on the start-finish straight.

Only limited personnel will be allowed onto the track and drivers will be weighed and interviewed in designated spots on the grid.

A statement released on Sunday read: “Other than the team mechanics, officials and FIA pre-approved television crews and the three FIA approved photographers, no-one else will be allowed in the designated area at this time (no driver physios nor team PR personnel).

“Once out of their cars, the top three finishers will be weighed by the FIA using the portable scales next to their cars. Each driver must remain fully attired until after they have been weighed.

“After the drivers have been weighed, the post-race interviews will take place in this designated area, and the interviewer will be Jenson Button.

“Once the interviews have been completed a remote-control trolley with water and towel will be delivered to each driver. No other drinks are permitted in the Parc Fermé area. The 1, 2, 3 Rostrum and Dias will be placed on the track in front of the top three cars.

“Each driver will be handed their Pirelli caps which will also contain a medical face mask both of which must be worn during the podium ceremony.

“When the drivers are ready, an announcement for the podium ceremony will take place which each driver introduced to move to their respective podium dias steps. The national anthems will then take place and virtual flags will be displayed.”

Champagne will still be sprayed as part of the celebrations, however face masks must still be worn throughout.