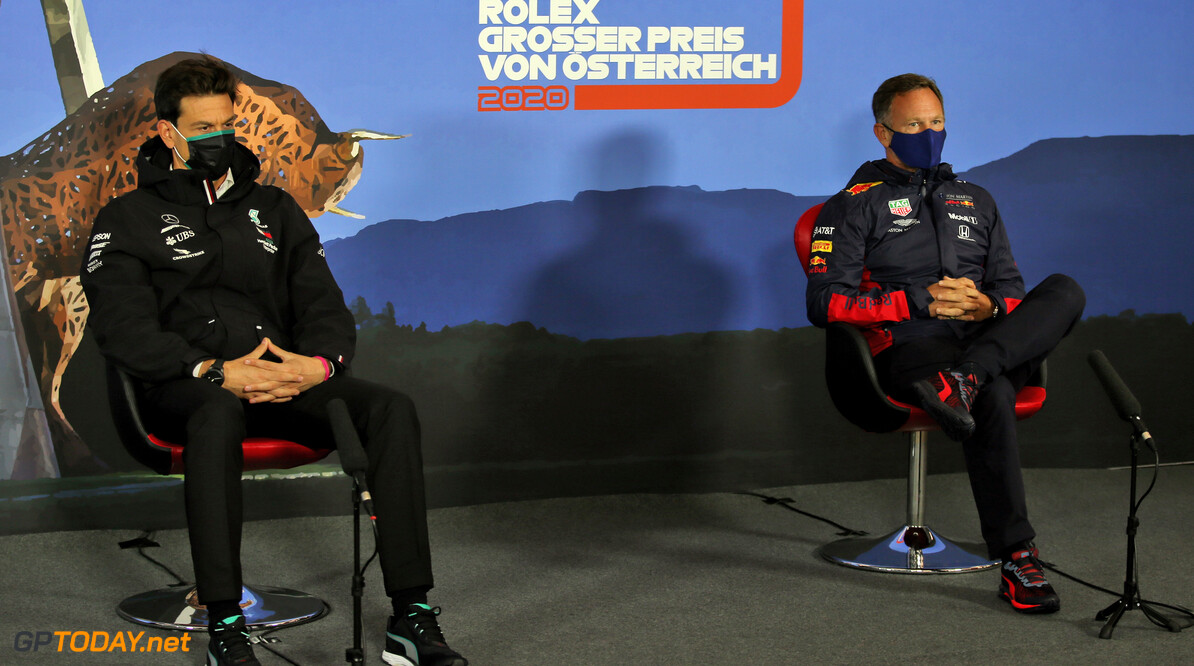 Mercedes first introduced DAS at pre-season testing earlier this year, which sees the driver perform fore and aft movements on the steering wheel to change the toe angle of the front wheels.

The system raised eyebrows in the Barcelona paddock and it has long been suggested that a team could lodge an appeal against DAS when the 2020 season got underway.

Following the opening day of practice in Austria, Red Bull has accused Mercedes of breaching Articles 3.8 and 10.2.3 of the 2020 technical regulations on both cars.

Article 10.2.3 relates to the suspension and declares that "no adjustment may be made to any suspension system while the car is in motion".

While the exact benefits of the system are so far only known to Mercedes, DAS has been banned for the 2021 season.

On Friday, Red Bull team principal Christian Horner commended the “ingenious” engineering but argued that the “rules are so complex it’s just understanding which part of the regulations it fits”.

DAS was seen being used on both Lewis Hamilton and Valtteri Bottas' cars on Friday at the Red Bull Ring, where Mercedes topped the opening two practice sessions.

Mercedes and Red Bull will meet with the stewards in Austria at 7:10 PM local time.