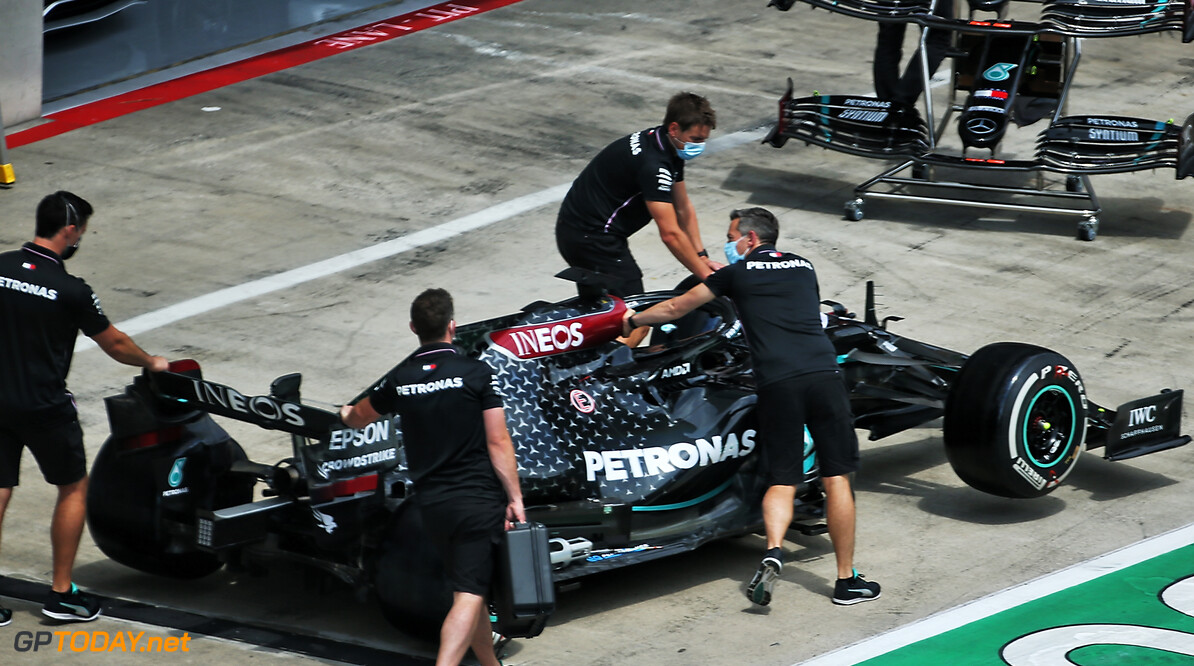 The new black Mercedes livery has been unveiled in the Austria pit lane following its online launch earlier this week.

On Monday, the new colours were revealed as Mercedes aims to tackle the issue of racism and inequality, affirming that it will work to make changes from within its own company.

Mercedes as asserted that it is not a one-off stunt, and that it will continue to use the new livery throughout the entire 2020 season.

Over the last month, Black Lives Matter protests have sprouted up around the world following the death of George Floyd in the United States, who died from asphyxia due to compression of the neck while being arrested.

A statement from Mercedes earlier this week explained why it is now bringing the matter to light: “The events of recent weeks have made it very clear to us that we have not done enough to speak up and act against these issues, which impact many people around the world,” it said.

“They have also highlighted how much more we can do with the platform we have, to push forward positive change.”

Lewis Hamilton, who is entering his eighth season as part of the Mercedes team, has been consistently showing his support for the Black Lives Matter movement on social media, and even attended a protest in London last month.

Both Hamilton and his teammate Valtteri Bottas will sport new racing overalls and helmet designs for the new campaign to accompany the black livery.

Mercedes enters the 2020 F1 season with the aim of securing its seventh consecutive drivers' and constructors' title, having swept all championships since the start of the turbo-hybrid era in 2014.

The German manufacturer will introduce an engine upgrade this weekend as it looks to boost its reliability following woes that arose at pre-season testing in February.