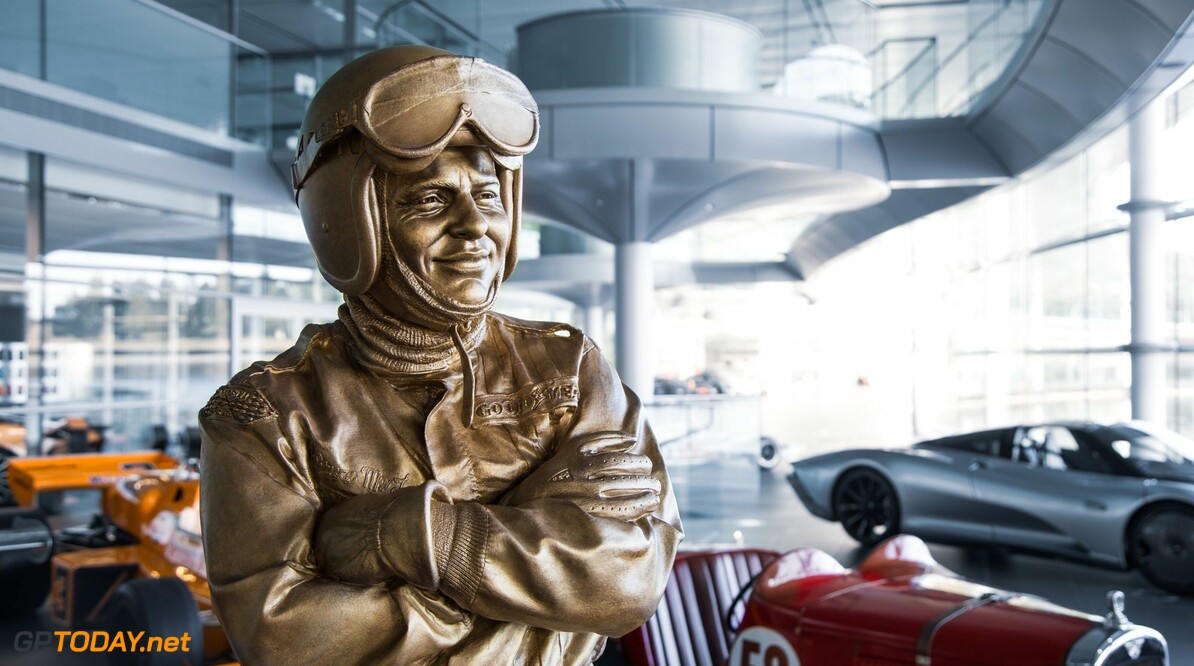 A new statue of McLaren founder Bruce McLaren has been revealed at the team's factory in Woking, 50 years on from his death.

In 1963, the Kiwi established Bruce McLaren Motor Racing Ltd, the company which has since evolved to become the McLaren team that we know today.

McLaren has 182 grand prix wins, eight constructors' championships and 12 drivers' titles to its name, embedding itself as one of the most successful teams in F1's history.

As part of the celebration of Bruce McLaren's life, a small, private ceremony at the McLaren Technology Centre was held, where 50 lighted candles were placed around a McLaren M8D, the car Bruce was driving when he died in 1970, and a bronze statue was unveiled.

McLaren CEO Zak Brown said: “Today, on the 50th anniversary of Bruce McLaren’s death, we remember what he created.

“Bruce was a racer, an innovator and a leader, and all of us at McLaren strive each day to follow the example he set us. Bruce stands as a hero of our sport, immortalised by this statue which is surrounded by his legacy.

“We take a moment on this important day to mourn his loss, but to also draw inspiration from his life. Bruce’s spirit lives on through all the people that work at McLaren today. We race in his honour, fearlessly forward, in the pursuit of better.”

The statue was created by painter and sculptor, Paul Oz, who has produced many works of motorsport-inspired art over the years.

Amanda McLaren, daughter of Bruce McLaren, added: “When my father died in June 1970 – just 12 years after coming to the UK from New Zealand – he had already done so much to realise his ambitions, but the best was still to come.

“McLaren’s accomplishments over more than 50 years in Formula 1, three Indianapolis 500 wins, five successive Can-Am championships, the landmark victory at the 1995 24 Hours of Le Mans race and the supercars and hypercars designed, developed and built under the McLaren banner, all stand as his legacy.

“June 2 is always an emotional date for us and that’s particularly true this year. Having ‘Dad’ looking out over McLaren is incredibly moving and I know that he would have been so very proud of the achievements made in his name.”