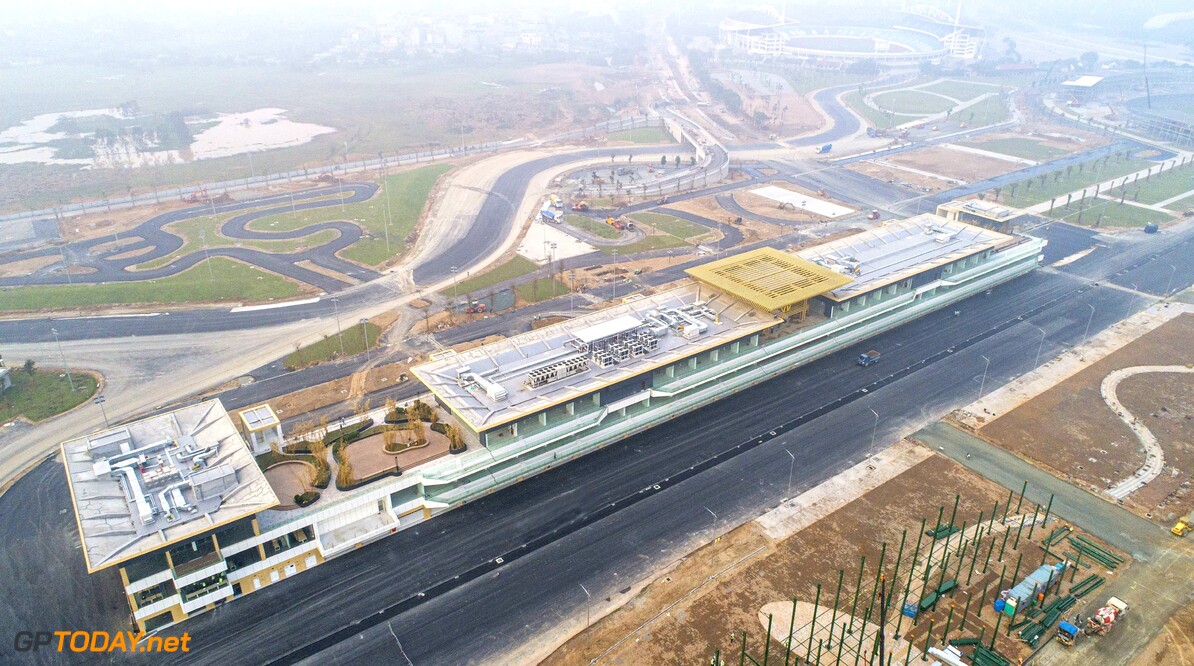 The pit building at the Hanoi Street Circuit has been completed ahead of the inaugural Vietnam Grand Prix this year.

The building is 300 metres long, and will house the cars, engineers and mechanics throughout the weekend when F1 arrives at Hanoi in April.

As well as the offering the workspace for teams, the three-story pit building is home to the race control centre and the exclusive Paddock Club hospitality suites.

Work on the circuit is still being carried out, with the final layer of asphalt being laid on the track, which incorporates permanent and temporary facilities. The overall work is expected to be completed by the end of January.

Ms. Le Ngoc Chi, CEO of the Vietnam Grand Prix Corporation, said: “This is an important moment in the development of the Hanoi Circuit and another vital milestone in the lead up to Vietnam’s first-ever Formula 1 race weekend.

"Like the Imperial Citadel of Thang Long and the Pavilion of the Constellation of Literature which have inspired the Pit Building’s design, we hope this structure will become another iconic Hanoi landmark.

"With the track itself nearing completion and grandstands starting to go up as the event draws ever closer, the excitement levels for the Formula 1 VinFast Vietnam Grand Prix 2020 are rapidly growing. We are ready and we look forward to seeing you in Hanoi very soon.”