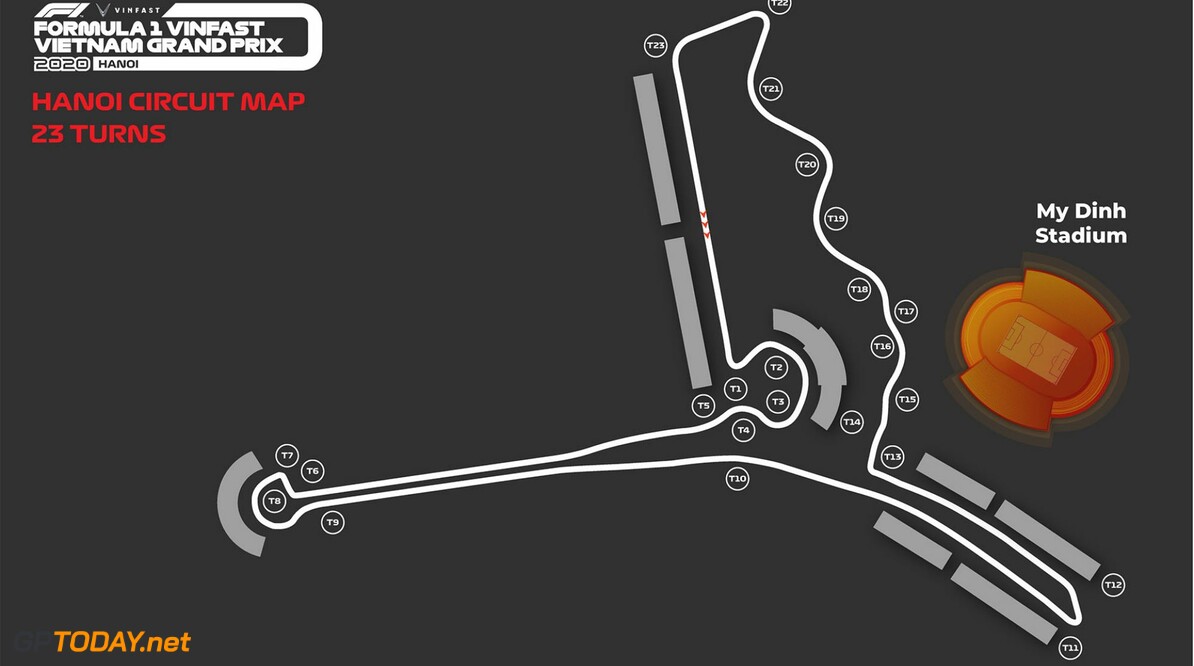 Extra corner added to Vietnam circuit ahead of 2020 grand prix

An updated layout of the Hanoi Street Circuit has been revealed, as Vietnam prepares for its first race in Formula 1 next year.

Vietnam is the newest country to feature on the F1 world championship calendar, with the track in Hanoi featuring the local streets as well as permanent circuit facilities.

An extra corner has been added as the final preparations are done ahead of the event that will host the third round of the 2019 season.

The circuit now features 23 corners compared to the 22 that were previously present. In the final sector, previously there were to left-hand corners, with the first being less tight than the second.

However, the circuit now winds to the right before the final two corners, which remain left-handers.

“In the course of building our new track, and carrying out geographical assessments, we have adjusted Turn 22 and added Turn 23 in consultation with Formula 1 and the FIA,” said Le Ngoc Chi, CEO of the Vietnam Grand Prix Corporation.

Vietnam and Singapore are the only tracks on the calendar to feature 23 corners - the most of any circuit on the calendar. The track still includes a long straight that will see the cars reach high speeds, all aimed at encouraging overtaking.

“We have a long stretch, which at 1.6km is one of the longest stretches on the calendar, and will see cars reach up to 335km/h,” added Chi.