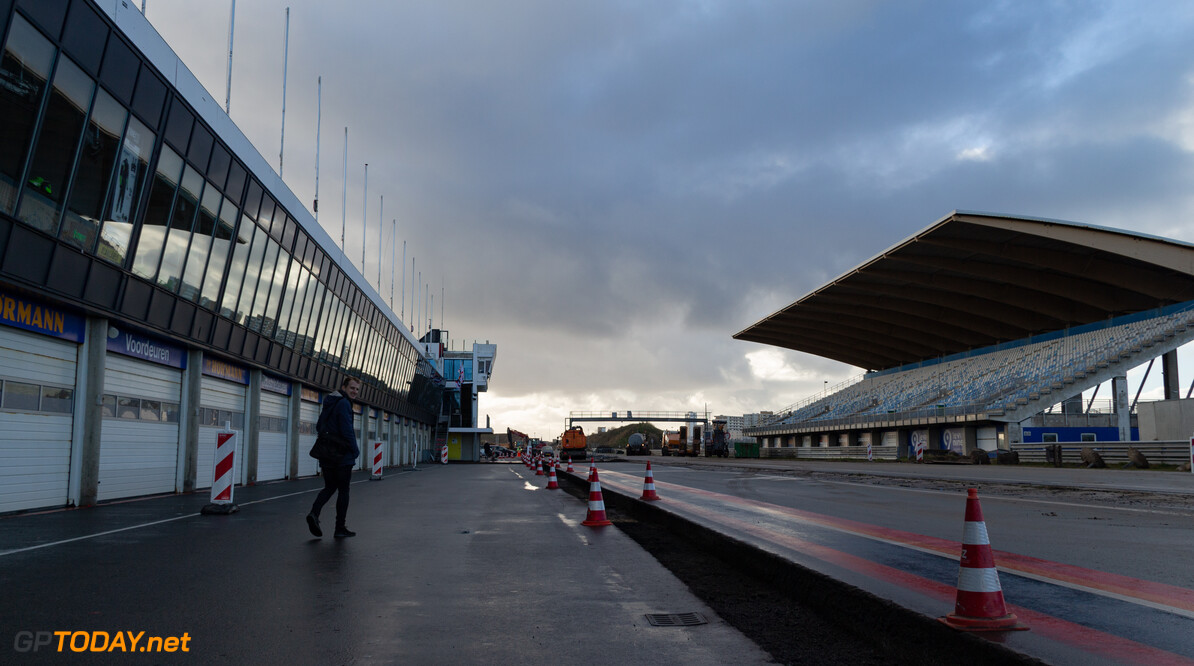 The renovations at the Circuit Zandvoort are still in full swing and one of the most striking changes is the exit of the pit lane.

Circuit Zandvoort is going through a major change for the return of the Dutch Grand Prix in May, 2020. A large number of stands will be added, while the circuit will be widened in a number of places to make overtaking easier.

The biggest and most highlighted changes, however, are the third and last corners: these will have banking of 18 degrees.

The change ensures that the drivers can open their DRS before the last corner, which increases the chance of overtaking.

Then the drivers arrive on the straight at the entrance to the pits. The entrance remains largely unchanged, Jan Lammers told RacingNews365 that the exit of the pits will be moved.

"Drivers will rejoin the track after the Tarzanbocht  (Turn 1)", Lammers said. "This measure is necessary for safety reasons.

"At the end of the straight, the drivers come flying in the direction of the Tarzanbocht and when two cars come down next to each other on the bend, you don't want a car to suddenly come out of the pits."

Despite the repositioning of the exit of the pits, the pits at Zandvoort remain one of the shortest on the Formula 1 calendar.

Lammers expects pit stops of 15 to 17 seconds and that could give the drivers the opportunity to play with the strategy because the loss of time due to a pit stop at Zandvoort is relatively small compared to other races.

The video, released by the architect of Studio Dromo, Jarno Zafelli, shows what the pit lane of Circuit Zandvoort will look like after the adjustments have been made to the track.