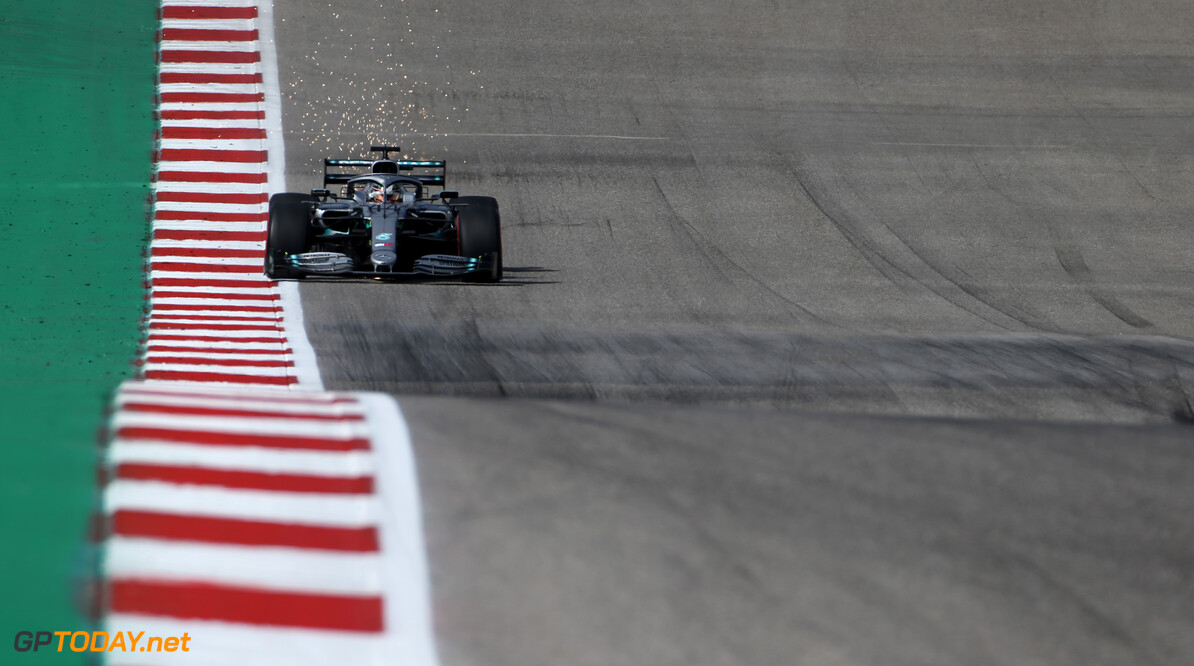 Mercedes' strategy director James Vowles has described the subsidence of the Circuit of the Americas since it opened in 2012 as "enormous".

Last time out at the US Grand Prix, drivers complained about how bumpy the track was throughout the weekend, with Lewis Hamilton admitting that it gave him a headache during Friday practice.

COTA has confirmed that it will work on a solution to fix the problems over the winter, as it will close the circuit to carry out work.

"Bumps were talked about by many of the drivers across the race weekend because they featured more than ever this year," Vowles said on Mercedes' Pure Pit Wall debrief.

"On the pit exit on the left-hand side on the run-up to Turn 1, and towards the back straight and on the back straight itself, there were some quite significant bumps and these weren’t the type of bumps where you can just adjust your ride height by one millimetre to deal with it."

Vowles says the drivers had to adjust their lines to combat the bumps, but is taking encouragement from the circuit's decision to close over winter to carry out repairs.

"These really require the drivers to take different lines to adjust," Vowles said. "The good news is that COTA are on the case and in fact for next year, they are resurfacing a huge amount of the circuit, over two kilometres of it will have new tarmac down.

"The reality is, since 2012, the first year we went there, there has been 1.5 metres of subsidence of the track.

"That’s enormous. The great news is they are aware, they are dealing with it and I am confident next year when we go back these won’t be a problem at all.”