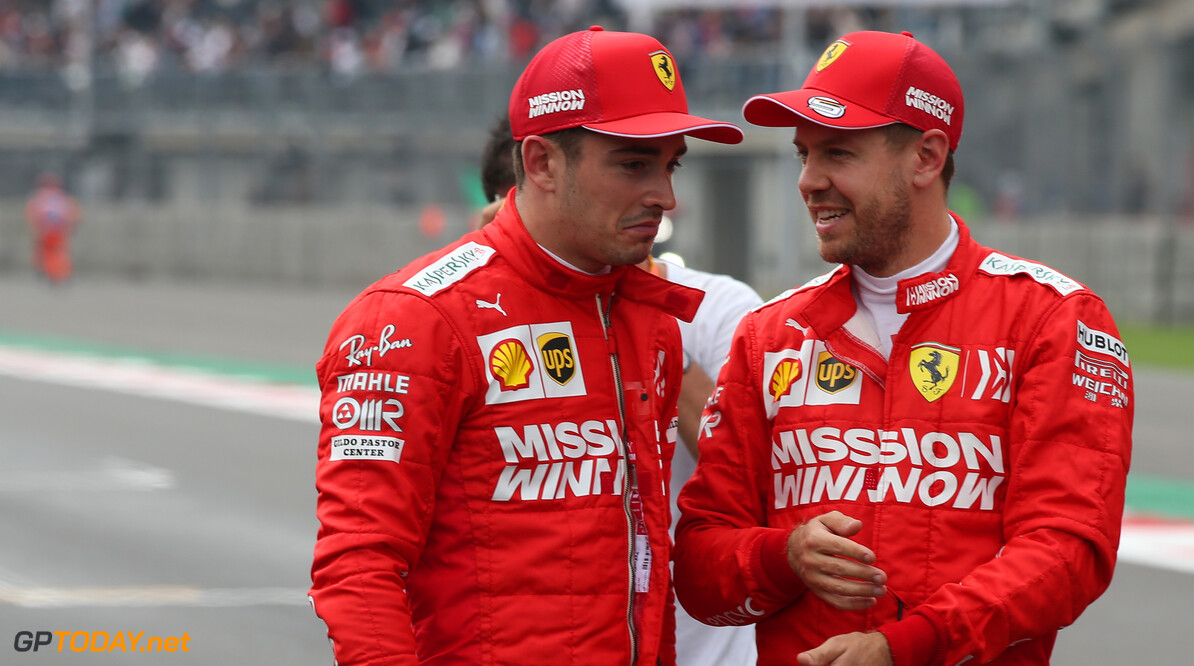 Leclerc: I need to be decisive like Vettel on the radio

Charles Leclerc believes he can learn from teammate Sebastian Vettel to be more decisive on the radio when making strategy calls.

At the Mexican Grand Prix on Sunday, Ferrari called Vettel into the pits after Lewis Hamilton made an early pit stop, switching onto the hard compound tyre which took him to the end of the race.

Vettel insisted that it was better to stay out and extend his stint for a number of laps to have fresher tyres towards the end of the race - with Leclerc stating that pinpointing the right strategy call is an area that he can improve on.

"I think I still need to do some work, in the race especially," Leclerc admitted after the race.

"When you see the last few weekends, ok, the strategy has not been good but I probably should be on the radio and ask for something, be more decisive to try and help the team to make the right decision, like Seb this.

"I need to learn from that, and hopefully it will come with time."

Two-stop strategy not behind race loss

Unlike those who finished on the podium, Leclerc got to the end of the race on a two-stop strategy, crossing the line in fourth after leading the early stages.

The Monegasque driver doesn't believe that his alternate strategy was the only reason for missing out on the race win, as he wasn't happy with his second stint.

"It's not the only answer," he said. "The second stint wasn't particularly great. I didn't feel good on the medium compound, the first medium felt a lot better.

"We need to analyse and understand this. When we did the first stop very early to cover Albon we knew that it was going to be a two-stop. All the others went for a one-stop, so then it was very difficult."

"We wanted to cover from Albon especially, mostly to cover overheating. Overheating is a big factor here so we wanted to have track position and not be behind."