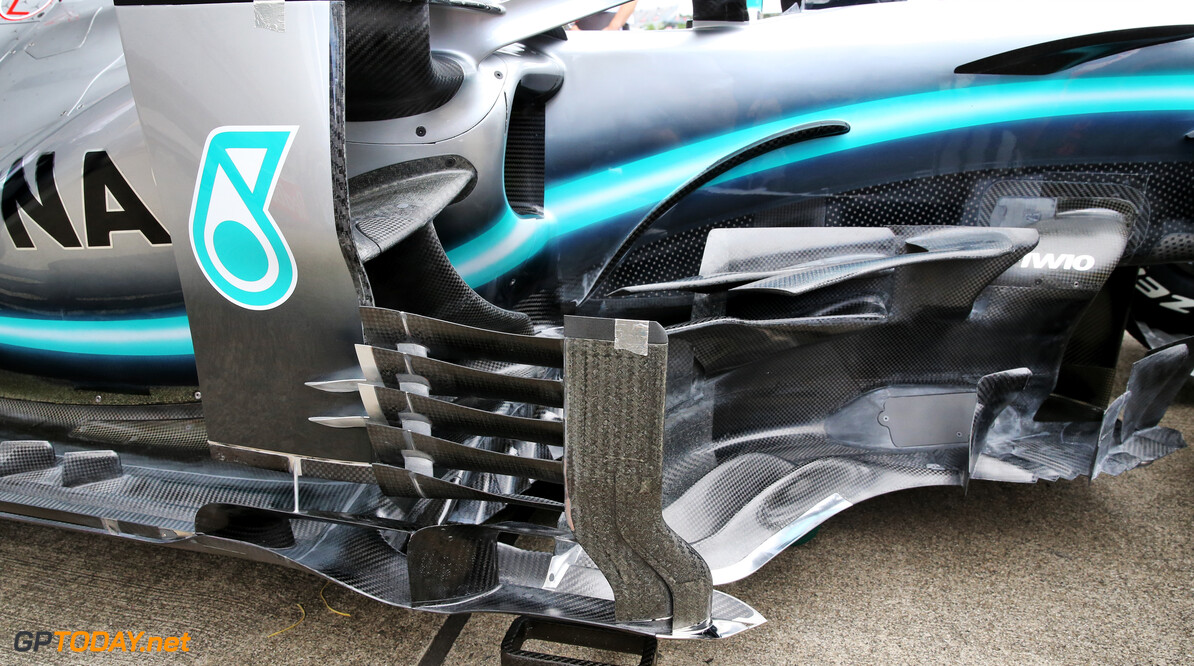 Valtteri Bottas has praised the upgrades Mercedes applied to the W10 ahead of the Japanese Grand Prix weekend in Suzuka.

On the opening day of running on Friday, Bottas topped both practice sessions, with teammate Lewis Hamilton behind him.

Mercedes has not taken a pole position since the German Grand Prix in July, and has won just one race out of the last four, benefitting from a virtual safety car which propelled Hamilton into the lead last time out in Sochi.

MORE: Hamilton: More tyres during practice 'better' for the sport

The Silver Arrows introduced aerodynamic upgrades to the car in Japan, with Bottas stating that he feels the positive effect they are having on the car.

"It was a very positive day, we tried the new bits in the car that we had for the weekend," he said. "I'm glad the weather stayed good we had plenty of running and used tyres from Saturday as well.

"It was good running, it felt good from the beginning and I'm happy with the car in general. Just little minor things with the balance to tweak but both long and short runs were good.

"It's good fun, it always is here, driving these cars. Very enjoyable, and when the car feels good, it's even better.

"We need to remember that it's only practice, but I feel the gains that we've made with the car, which is nice. I can push the car further than before so we need to focus on ourselves. Sunday will still be close in qualifying and the race.

"We tried to do everything we could in the sessions, prioritise things and try to be efficient with the time. I think we did the job, which means there's lots of work to analyse things before qualifying on Sunday morning, if it happens."

Bottas last took pole position at the British Grand Prix this year, while he has not reached the top step on the podium since Baku, the fourth round of the season.