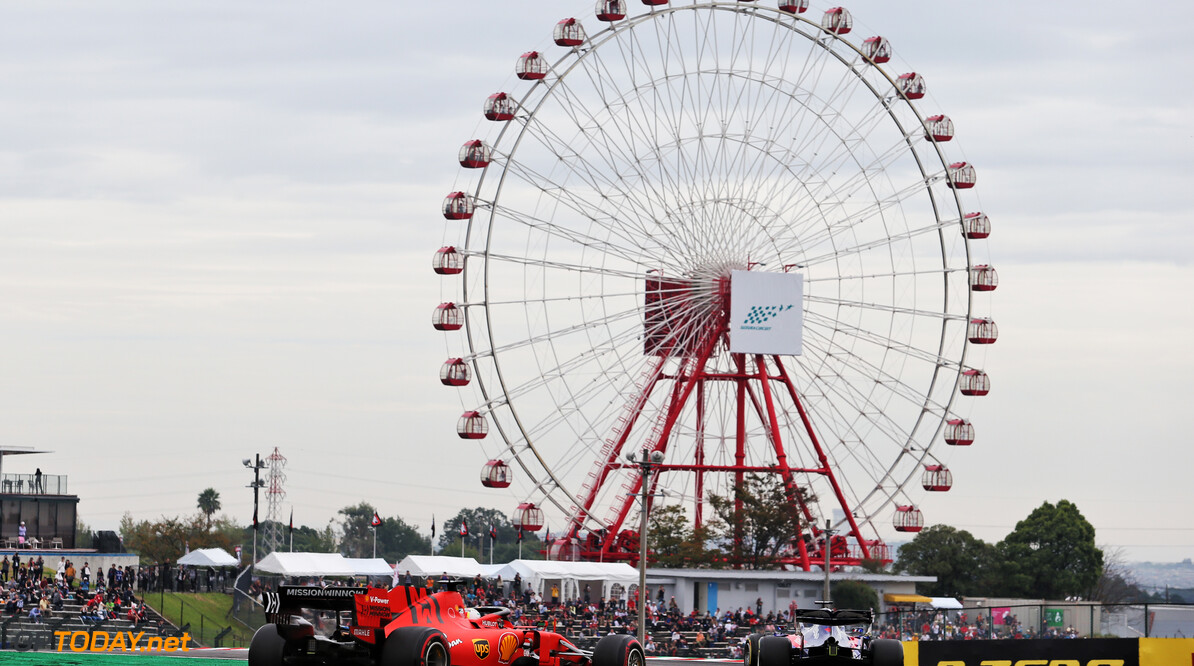 The starting grid for Sunday's Japanese Grand Prix could be set by the finishing order of the second practice session on Friday, the stewards have confirmed.

Prior to the opening practice session of the weekend, it was announced that all on-track activities for Saturday have been cancelled due to the threat of Typhoon Hagibis.

Qualifying has now been scheduled to 10:00 AM local time on Sunday morning, four hours prior to the start of the grand prix.

However, should qualifying on Sunday fail to formalise due to adverse weather conditions, the starting grid will be made up of the finishing order from the second practice session.

A statement from the stewards read: "In view of the inclement weather forecast for the weekend, and noting that the FIA Formula One Sporting Regulations are silent on the subject, the stewards have examined methods for establishing a grid for the 2019 Japanese Grand Prix, should weather conditions preclude holding the Qualifying Practice session.

“Should this eventuality come to pass, the Stewards will exercise their authority under Article 11.9.3.b of the International Sporting Code and direct that the grid for the Japanese Grand Prix will be established based on the Second Practice Session Classification, with any penalties applied as necessary.”

Saturday is set to see heavy rain and strong winds at the Suzuka Circuit, however there is a possibility of the conditions carrying over into Sunday morning.