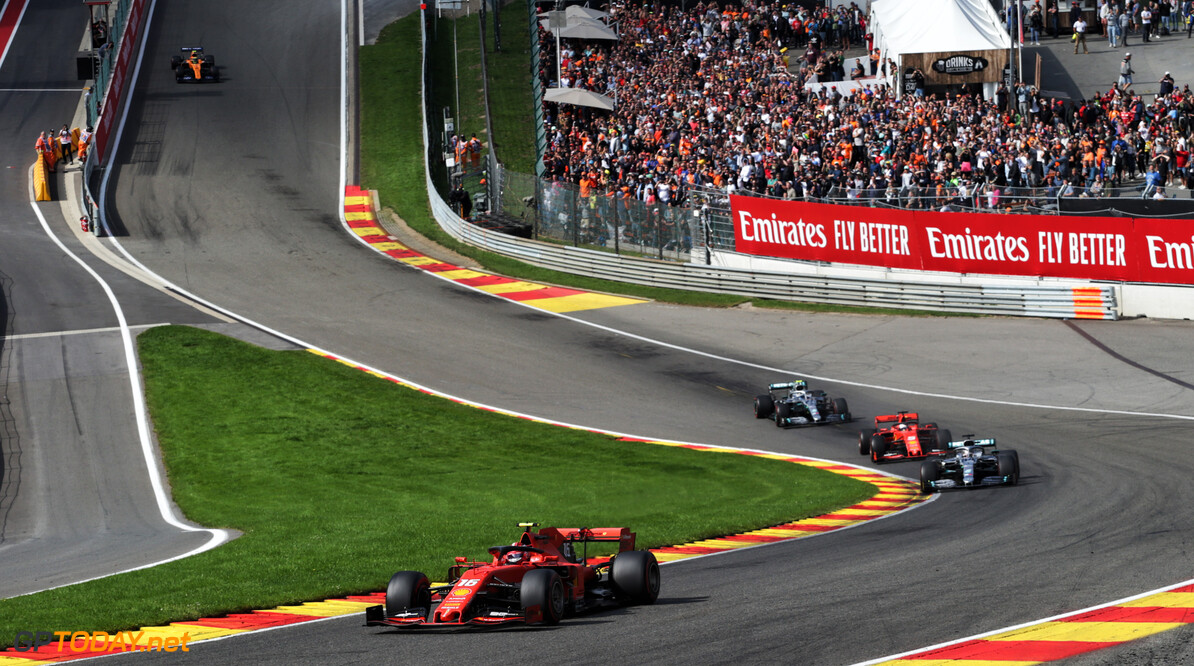 Mercedes hoping to use Ferrari tow in qualifying

Mercedes is hoping that it can position itself behind the Ferrari cars during Q3 on Saturday, as it expects a tough battle in qualifying.

The Silver Arrows were almost eight-tenths of a second down on Charles Leclerc at Spa-Francorchamps, a track that rewards straight-line speed.

With Monza also notoriously kind to strong straight-line speed, Ferrari will be aiming for a second consecutive victory as it has holds the advantage in a straight line over Mercedes this year.

At Spa, the end of Q3 saw a number of cars slow up as they attempted to find themselves in a position where they could benefit from a slipstream, which caused traffic issues.

“As you saw from qualifying a lot of the drivers were trying to get a tow from the cars in front," said Mercedes trackside engineering director Andrew Shovlin.

"The reason you do that in Spa is that there is very, very long straights and the car in front will reduce the amount of drag for the car behind and you pick up speed.

"And in the case of Spa, it’s about 4 to 5 kph, which can give you three or four tenths of a second. So, quite a lot of performance there if you can position your car right.

"The trick is though that no one wants to be that car in front. So, as you saw, Hulkenberg left, he thought that people would go past him if they drove slowly.

"But, as it happens, everyone had a very slow outlap, we were all tripping over each other. You do get the benefit of the tow, but the issue is your tyres are cold.

"And that was a problem for us, we lost a bit of time at the first corner just because the tyres weren’t in the right window."

Shovlin is expecting a similar situation this weekend at Monza, as teams fight to be in a position where they gain time from a slipstream during qualifying.

"Looking ahead to Monza, it’s going to be a similar situation," he stated. "Very high-speed track, long straights and everyone is going to be trying to get a tow off everyone else.

"So, what you will probably see in qualifying towards the end is people are staying in the garage, they are waiting for the clock to run down, no one wants to go out first but eventually you’ve got to go, you’ve got to get that outlap in and you’ll see people move.

"Now, what would be good is Ferrari, they are very fast in a straight line, if they would go out first, we can get behind them and get the benefit of that tow.”