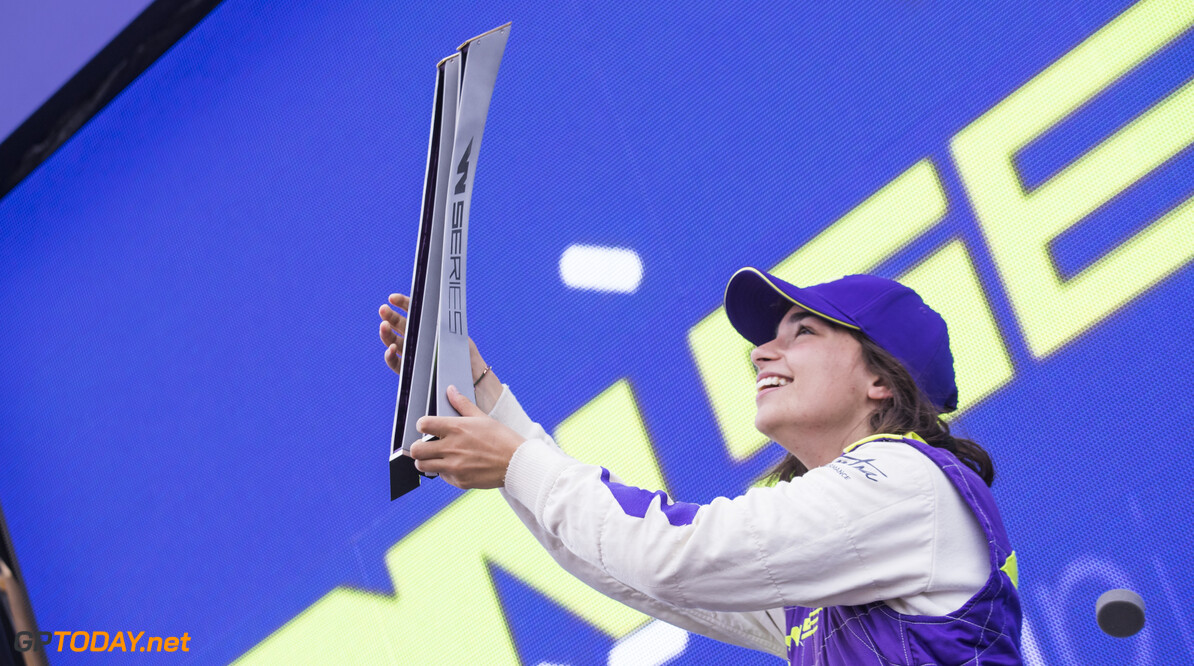 2019 W Series champion Jamie Chadwick says her "ultimate goal" is to become a Formula 1 driver, but wants to reach the series on merit.

The Briton triumphed in the inaugural all-female championship this year, winning two races and taking a further three podiums to beat Beitske Visser by ten points in the standings.

A female driver hasn't raced F1 since 1976, when Lella Lombardi competed. While Chadwick has her sights set on the pinnacle series, she wants to earn her way there.

“It [making it to F1] would be unbelievable," Chadwick told talkSPORT. "It’s the ultimate goal. It’s every young driver’s dream.

“That dream becomes a little bit more of a closer reality with the relationship I have with Williams. I really want to achieve it for myself. I really want to be there on merit and because I deserve to be and fingers crossed that happens soon."

Chadwick is spending the 2019 season with Williams, who signed her up earlier this year as a development driver.

“[Working with Williams] has been unbelievable for me," she added. "Getting that kind of experience with an F1 team has been awesome. For it to be Williams, a British team who have so much history, has been extra special and I’ve learnt a lot from them so far.

“Now I’ve done the job that I needed to this year by securing the W Series Championship, I’m hoping that I can go to them with a bit more of an argument to do some more stuff for them next year.”

Chadwick believes that there is no particular reason as to why F1 is so male-dominated, and understands that the series is "desperate" to have a female driver.

“The sport’s obviously heavily male-dominated but in my view, I don’t think there’s a reason for that,” she said.

“I think the sport is desperate to see a female succeed. The sport does want a female racing driver but they’ve got to be there on merit.

“Some of the most influential people in motorsport are women. For example, my team boss at Williams is Claire Williams.

“We’re starting to see more and more. It’s a numbers game and we just need more women to rise to the top in all degrees of the sport and hopefully, that will end this male dominance that we’ve got.”