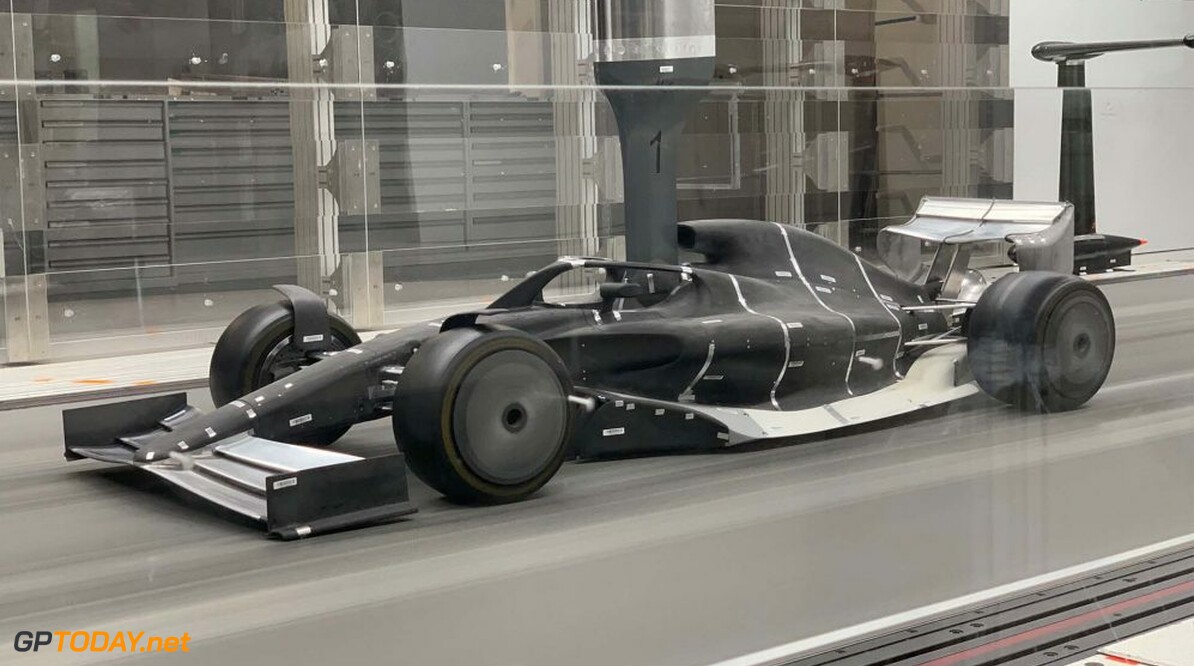 In 2021, a series of new regulations will come into play, which are aimed at allowing the cars to race closer together, as well as a tighter, more competitive field.

One of the biggest criticisms of the sport today is the difficulty drivers have when following a car in front, as they lose a large amount of downforce due to the extent of dirty air that is being emitted.

At Sauber's wind tunnel, F1 conducted tests on a 50% scale 2021 car, which saw strong indications that the downforce loss will be cut dramatically, predicted to be in the region of a loss of 5-10%.

“The wind tunnel testing we are doing is slightly different to what the teams might do,” Symonds told Formula1.com. “The teams concentrate solely on the forces on the car, through a variety of attitudes as they move the car around.

"While we naturally have an interest in what those forces are and particularly how those forces change as the car moves, we’re even more interested in what is happening to the turbulent air behind the car.

“For that reason, although we are doing most of our development in CFD, and that CFD is using some pretty advanced techniques which aren’t commonly used by the teams, we want to back up the virtual simulations with a physical simulation.

"We also chose to use a 50% model rather than a 60% model and we chose to run that model quite a long way forward in the wind tunnel, so this gave us the opportunity to best inspect the wake of the car.”

Symonds added that the results have been “actually beyond what I thought we could achieve when we started the project” and "with the configurations we have got at the moment, the results are exceptional".

Sauber's independent consultancy group ran the wind tunnel, as to not provide its F1 team Alfa Romeo an advantage with the results.

However, the results will be shared among the 10 F1, with Symonds hailing the work they have been doing in assisting the F1 technical group with its research.

“The teams have been very good, the teams that have had the resources to do it, have worked on a number of projects for us, and they are all fully informed of what is going on,” said Symonds.

“We have meetings every few months, we send our geometry to them, they then run that in their own CFD environments and they feedback results to us. They have been as involved as they want to be.

"Some can’t put the resources in. All teams results are shared until we get to the cut-off point, where from that point on they have to operate within their declared rules.”