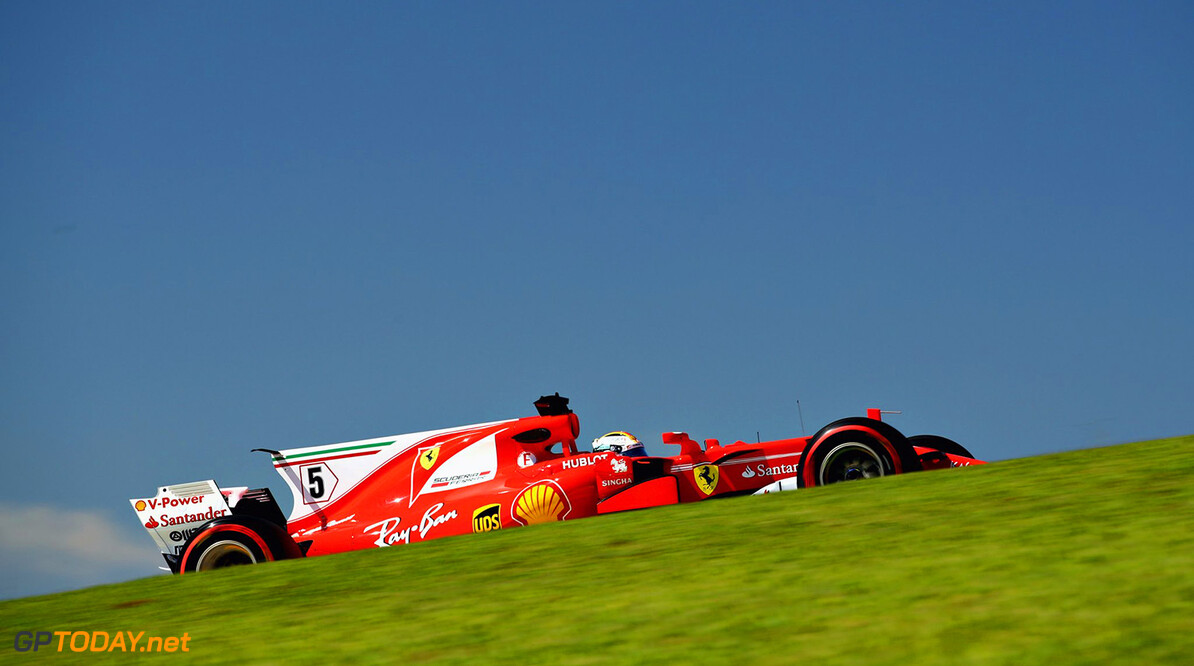 Vettel thought he missed his chance at the start

Sebastian Vettel says he believed he had missed his chance at the start of the race to overtake Valtteri Bottas. Vettel started the race from second on the grid but was leading after the first turn, getting past Bottas in a move up the inside.

However, the German thought that he had bottled his chance after getting some wheelspin off the line. He managed to get the car down the inside and hold on for the victory, finishing just over two and a half seconds ahead of the Finn.

"Initially I had a very good getaway and then I had some wheelspin," admitted Vettel. "I thought, 'I've missed my chance', but then Valtteri was struggling even more so I really had a chance to squeeze down the inside. I think I surprised him a bit, which obviously is very crucial.

"I think after that we were pushing after the Safety Car for the remaining 65 laps flat out, I was trying to give everything to pull a little bit of a gap, to control the race from there. So I'm really happy, especially for all the guys and the team back in Maranello, they're working so hard. It's been a tough couple of weeks for us but it's nice to get it today and have both cars up here."

Since the summer break, Vettel's title challenge took a huge hit with reliability issues in Japan and Malaysia and an opening lap collision in Singapore. Winning his first race since Hungary, the four-time world champion admits it's a relief.

"I think for now it's been a great relief, it's been a very tough day, tough race," he said. "I just spoke with Valtteri, I think the pace was all… we were all more or less the same, it was very difficult, no room for mistakes, really difficult to control the tyres for the whole race."