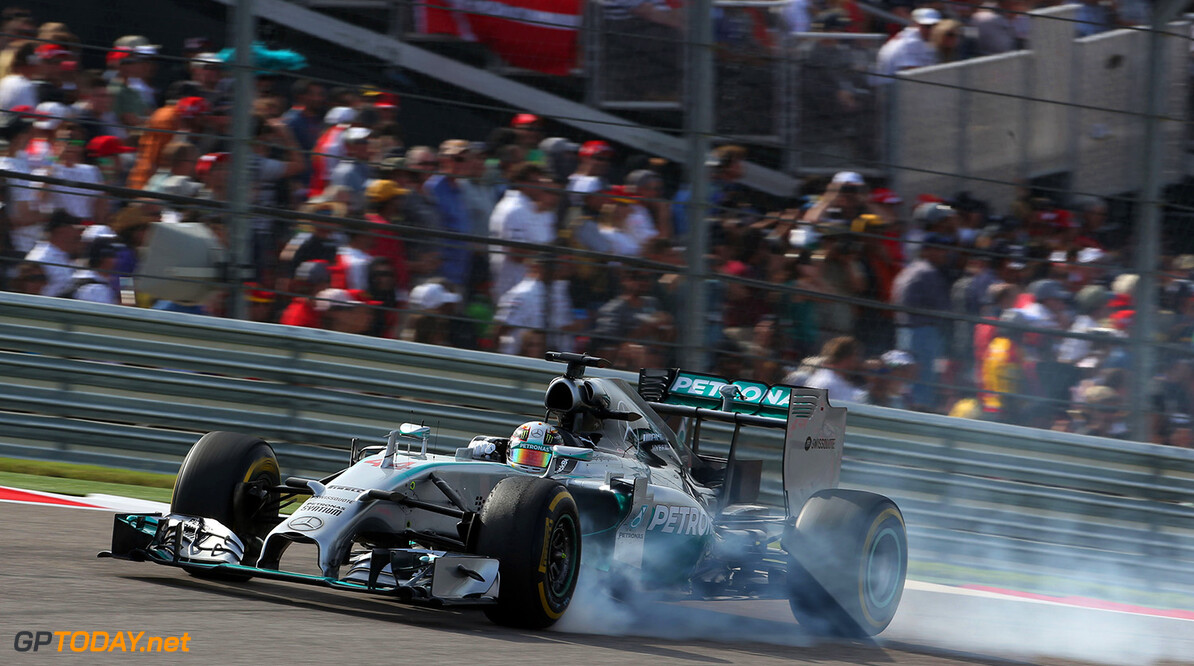 Lewis Hamilton: "Winning in the States was just an incredible feeling. I love spending time there and it's fantastic to see how much the sport is growing. I was just blown away by the support I had all weekend, which made the win even more special. Once I got ahead in the race there was no looking back and I still can't quite believe the run we've had recently. The team are doing an incredible job. Next up, of course, we have Brazil - which is another very, very special place for me. In 2008 I needed to finish fifth or better to take the title and, until the very last corner of the last lap, I was running sixth. I passed Timo (Glock) down the inside and, as I crossed the line, I didn't know if I'd done it or not. I honestly though I'd lost it until quite a while after the flag, when the team came over the radio to tell me I'd won the World Championship. That was an incredible emotional rollercoaster and a moment that will stay with me for my entire life. My record at Interlagos hasn't actually been the best so far in terms of results, though, with only one podium all the way back in 2009. I'm hoping this weekend will be the one to change that."

Nico Rosberg: "The weekend in Austin was a tough one for me. Qualifying was obviously fantastic but I was disappointed to let the lead slip away in the race and to lose more points in the fight for the Drivers' Championship. In the end, Lewis just did a better job on the day and now it's up to me to make the most of these last two races and capitalise on any opportunity. It will be tough, but I'm going to give it absolutely everything I've got right up to the flag in Abu Dhabi. That first opportunity comes this weekend at the Brazilian Grand Prix - one of the classic races on the calendar. There is so much history there and, of course, there have been many great Brazilian drivers in Formula One. I've got a mixed record at this circuit but it's one I really enjoy as it's usually a really action-packed race. It would be great to give my title challenge a final boost with a good result before we head to the showdown in Abu Dhabi."

Toto Wolff, Head of Mercedes-Benz Motorsport: "What a weekend we had in America - fantastic support from the crowds, a great spectacle on the track and another top result for the Silver Arrows in a key market for Mercedes-Benz. As a child, I remember the dominant season of McLaren in 1988 - winning race after race throughout the year - so it makes me extremely proud for the team that we have now equalled that record for one-two finishes with the result in Austin. Both drivers performed superbly and it was fascinating to see how evenly matched they still are as we approach the end of a long, tough season. It is hugely satisfying to know that now only a Mercedes driver can win the Drivers' Championship. Although this has appeared likely for some time, you can never rest easily until it is a mathematical certainty. Of course, that's not to say that there will be any rest between now and the end of the season as the double-points race in Abu Dhabi still has the potential to overshadow a great season should reliability become a factor. Our focus is still 100% on ensuring that is not the case."

Paddy Lowe, Executive Director (Technical): "Another great result in Austin and a fantastic achievement to have matched the record for one-two finishes in a single season. America is an important market for Formula One and it was great to see such tremendous support for the race throughout our weekend in Texas. People came from all across the States and created a real carnival atmosphere around the city, which was encouraging to see in a country where there are so many alternatives on offer sports-wise. On track it wasn't an entirely straightforward weekend, with various problems to deal with throughout the practice sessions. When it came down to it, though, the cars delivered strong performance so all credit to the team for their hard work. The drivers were also in very strong form - competing very evenly and separated by the smallest of margins throughout the race, which was exciting to watch. It's clear that both are in great shape and enjoying the competition in a healthy way. Looking ahead to Brazil, the majority of the track has been resurfaced which will remain a point of great interest throughout the weekend in terms of how the tyres perform. It's a tricky circuit at the best of times, with high altitude, significant elevation changes and a high frequency of wet conditions. Already, the weather is forecast to include thunder storms on all three running days! It's sure to be an exciting weekend and a good prelude to the title showdown in Abu Dhabi."
F1 News Lewis Hamilton Nico Rosberg McLaren Mercedes
<< Previous article Next article >>
.