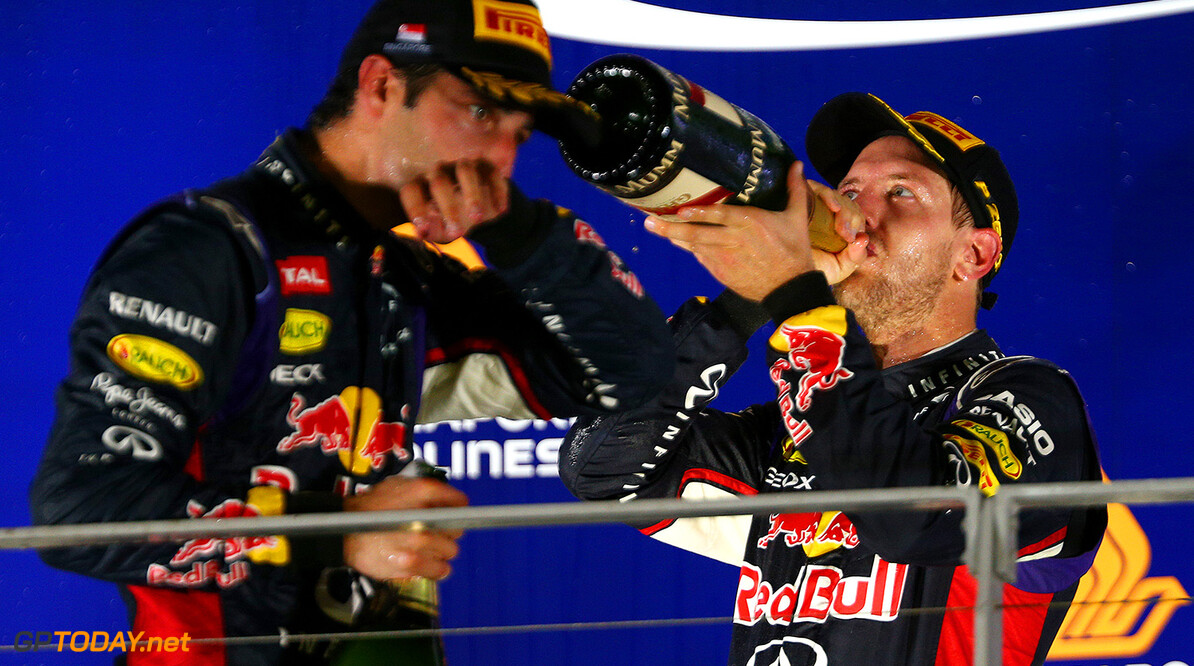 Red Bull is now ready to rethink its approach to team orders for the last handful of races in 2014. As recently as days ago, the reigning champion team had insisted that Daniel Ricciardo, the highest placed non-Mercedes driver in the championship, would nonetheless not be getting preferential treatment alongside Sebastian Vettel.

As ever in F1, however, things have rapidly changed. On Friday at Suzuka - just one week ago - world champion Vettel stunned his bosses by admitting that he is leaving the team at the end of the season.

Not only that, but at 127 points behind championship leader Lewis Hamilton, the seemingly Ferrari-bound German is now even mathematically out of contention to add a fifth consecutive drivers' title to his crown this year.

Asked at Sochi if Vettel's situation means the hierarchy at Red Bull will now change, Australian Ricciardo admitted: "It might. For this I need to speak to Christian (Horner) and a few of the guys about it, as it was said from the very beginning that until one of the drivers is mathematically out of it we will keep racing -- but now Seb is out of it," he told F1's official website.

"I also said from the beginning that I hope not to rely on his help -- and I don't mean to sound arrogant, but I'd love to be in front and not need help. But if I do, maybe this is a possibility," added Ricciardo.

Vettel, however, has ignored team orders before. Last year, the radio message 'Multi-21' was his order to stay behind his then teammate Mark Webber in Malaysia. He ignored it and won. But when asked if he expects the departing Vettel to play ball this time, Ricciardo answered: "Yes. If we are going to apply some team orders I definitely would give him the benefit of the doubt that he would look after me." (GMM)
F1 News Daniel Ricciardo Lewis Hamilton Sebastian Vettel Ferrari Mercedes
<< Previous article Next article >>
.