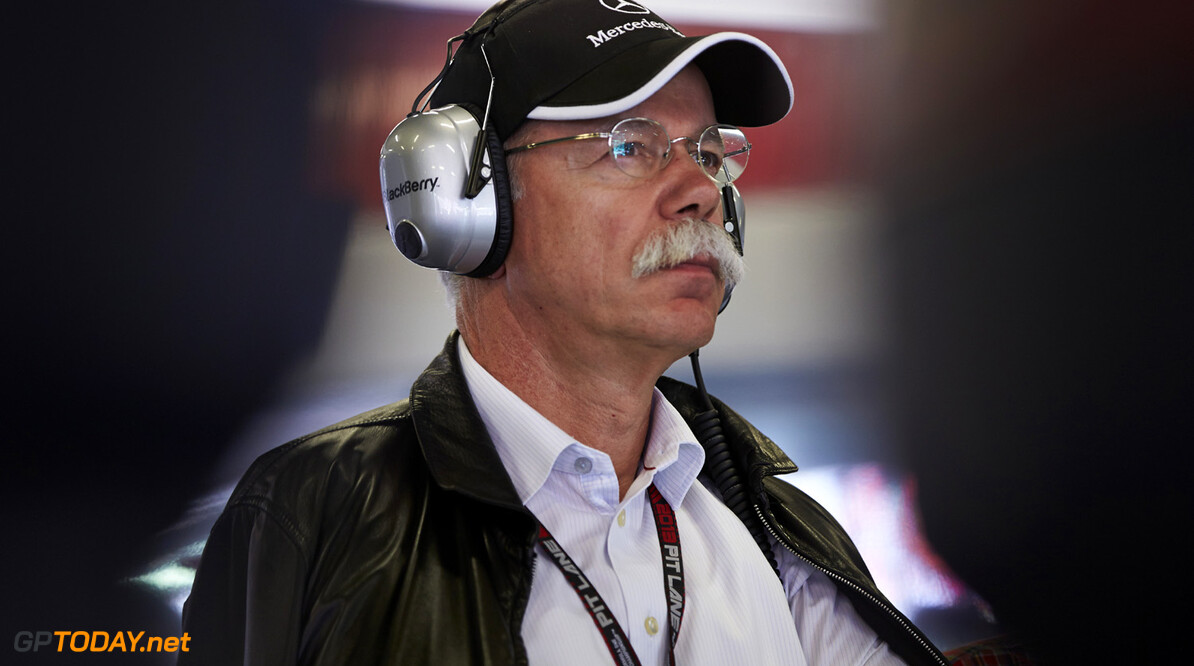 "Naturally we have to report to him," the F1 legend and team chairman told the German weekly Bunte. "We have a need for clarification. It (the F1 project) is all about building credibility for the brand." Until now, although there have been efforts to cool the heat in the wake of last Sunday's incident, the clear finger of blame has been pointed at Rosberg for causing the lap 2 crash at Spa that left Hamilton almost 30 points behind in their title fight.

Lauda, for instance, admitted to Bunte that even the German driver's post-race explanation of what happened was "not understandable to me". A key meeting to plot a way forward will take place at the team's Brackley base on Friday, Germany's Sport Bild reports. "I will not be there," Lauda confirmed, "but Toto, Paddy and the two drivers will be."

It is possible that Zetsche, who has always argued against team orders, will ask for any solution to the problem to not involve ending Mercedes' policy of 'free racing'. Indeed, on Twitter on Thursday, Mercedes asked its half-million followers to vote for either "team orders or free racing". "This is a chance to have your say," the team tweeted.

The predictable and overwhelming response saw 92 per cent support for free racing, with Mercedes going on to ask for suggestions for potential penalties for breaching the "no contact rule". "Would you suspend a driver for a race and not maximise constructors' points? Perhaps you'd set the order at qualifying slots?" the team twitterer wondered.

Lauda tipped Mercedes to ultimately keep the faith and refrain from playing safe and introducing team orders for the rest of the 2014 battle. "Nothing changes," he said, "although it is important to avoid unnecessary risk. But I do not want to prejudge the meeting tomorrow (Friday)," Lauda added. "Let's see what the decisions look like." (GMM)
F1 News Lewis Hamilton Nico Rosberg Mercedes
.