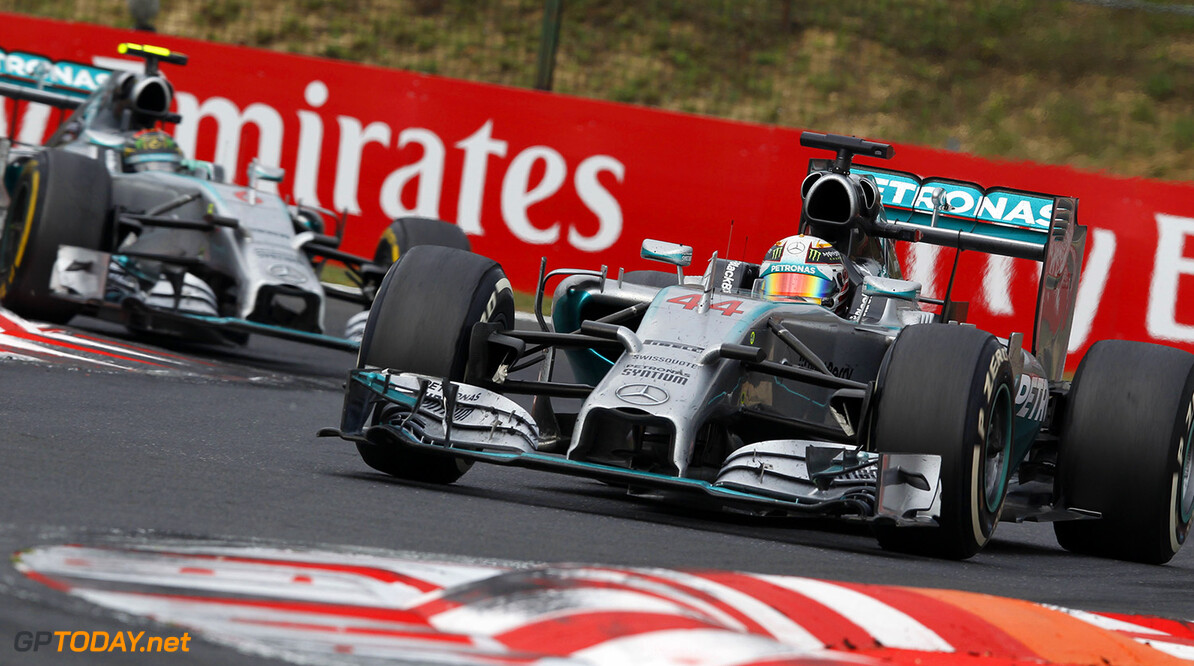 Mercedes' title-warring drivers have been told they must follow team orders over the remaining eight races of 2014. The Brackley based team moved to play down Lewis Hamilton's defiance in Hungary last Sunday, accepting that the Briton was right to refuse to let Nico Rosberg past. "Nico never got close enough to Lewis to make the move," said team boss Toto Wolff, "and we were ultimately comfortable with the decision Lewis made to hold position."

In the official interview distributed by the German team this week, Wolff added that the pair "will continue to be free to race" for the rest of their 2014 title battle. But he also said that Mercedes' "priority as a team is always to give ourselves the best chance of winning the race -- no matter which driver is fighting for it".

Basically, after an analysis in the days immediately following the Budapest controversy, that means Mercedes reserves the right to issue similar team orders over the remaining eight races of the season. Austria's APA news agency reports that Wolff has met with fellow bosses Niki Lauda and Paddy Wolff in the days since Hungary, and subsequently had "long" phone conversations with Hamilton and Rosberg.

The conclusion, Wolff told APA, is that "If Paddy says something on the radio, this is followed even if at that moment it appears irrational to the drivers". The report said Rosberg and even Briton Hamilton have agreed to the clarified rules of engagement. "Our agreement from the beginning of the season is that the other car should not be disturbed if it is on another strategy," Wolff continued.

But a situation like in Hungary, where Rosberg never came close enough to Hamilton to mount a potential overtaking move, is different. "No one should have to come off the gas," he explained. "What happened (in Hungary) has happened now," said Wolff, "but whenever there are problems, then at least we must learn as much as possible from them." (GMM)
F1 News Lewis Hamilton Nico Rosberg Mercedes
.