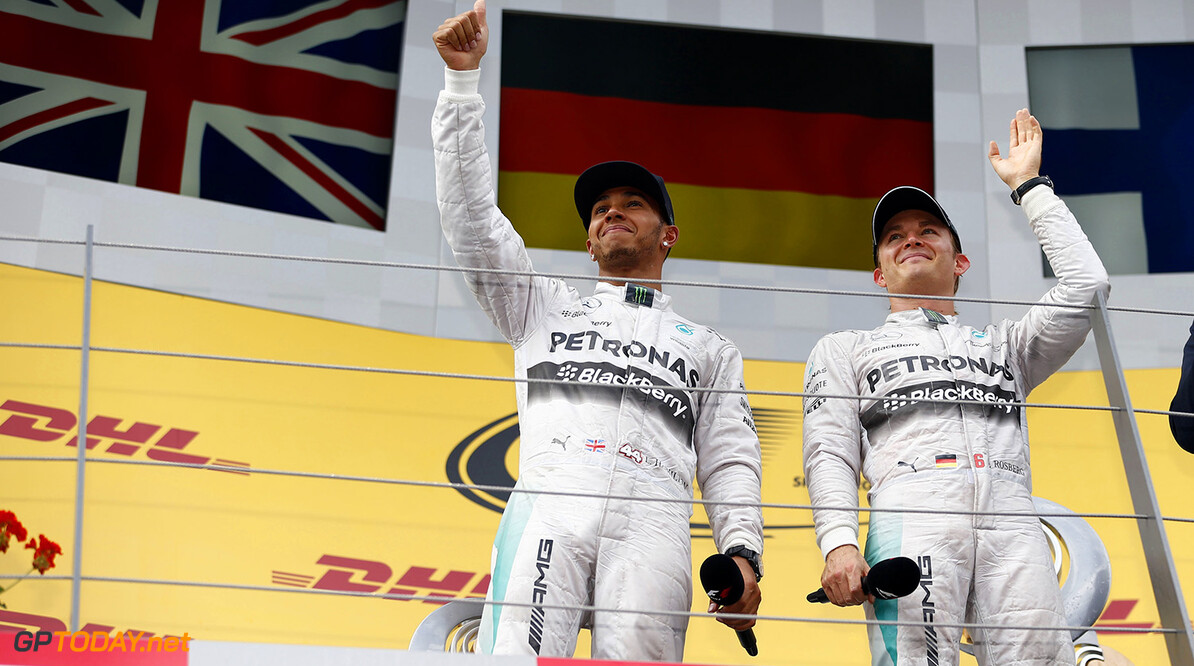 The edge I have over Rosberg is in my ability - Hamilton

Lewis Hamilton has stepped up the off-track battle ahead of his home grand prix, declaring he has "the edge" on teammate Nico Rosberg on sheer "ability". It is the latest barb in the psychological war between the Mercedes drivers, as Hamilton faces the task of closing down German Rosberg's 29-point championship lead over the remaining eleven grands prix.

According to the Daily Star newspaper, Hamilton suggested much of his points deficit is due simply to his two technical retirements in 2014. He doubts Rosberg will strike the same trouble. "That would mean in the next 11 races Nico would need to have two he does not finish, and I do not think that is going to happen," said the 2008 world champion.

"I cannot rely on that, I just have to focus on doing better than him, which I am capable of. The edge I have is in my ability. That is the gift I have and I have to utilise it this year more than ever," said Hamilton. Hamilton is expounding a common theory in the F1 paddock -- that he has the slight edge on Rosberg in terms of sheer pace.

But another equally-common tale is that Rosberg often makes up for any deficit with a more calculating approach. "Nico Rosberg is fast when he needs to be fast," agreed quadruple world champion Alain Prost, whose style of winning his four world championships earned him the nickname 'The Professor'.

"Above all he is very clever," Prost told Germany's Auto Bild Motorsport. "Even when he had problems with the car in Canada, he kept his cool and brought the car home. That's the difference. It may be that Lewis Hamilton is just a bit faster, but Nico has the better overall package," he said.

Also well-placed to comment is Felipe Massa, who went head-to-head with Hamilton in 2008, and came tantalisingly close to depriving the Briton of his sole title. "Lewis was a driver that maybe lost under the pressure when he was fighting for the championship in 2007 and 2008, but maybe he has a little bit more experience now," the Brazilian told the Daily Mail. "I don't know if that will help or not, but for sure he has more pressure now than Nico." (GMM)
F1 News Felipe Massa Lewis Hamilton Nico Rosberg Mercedes
.