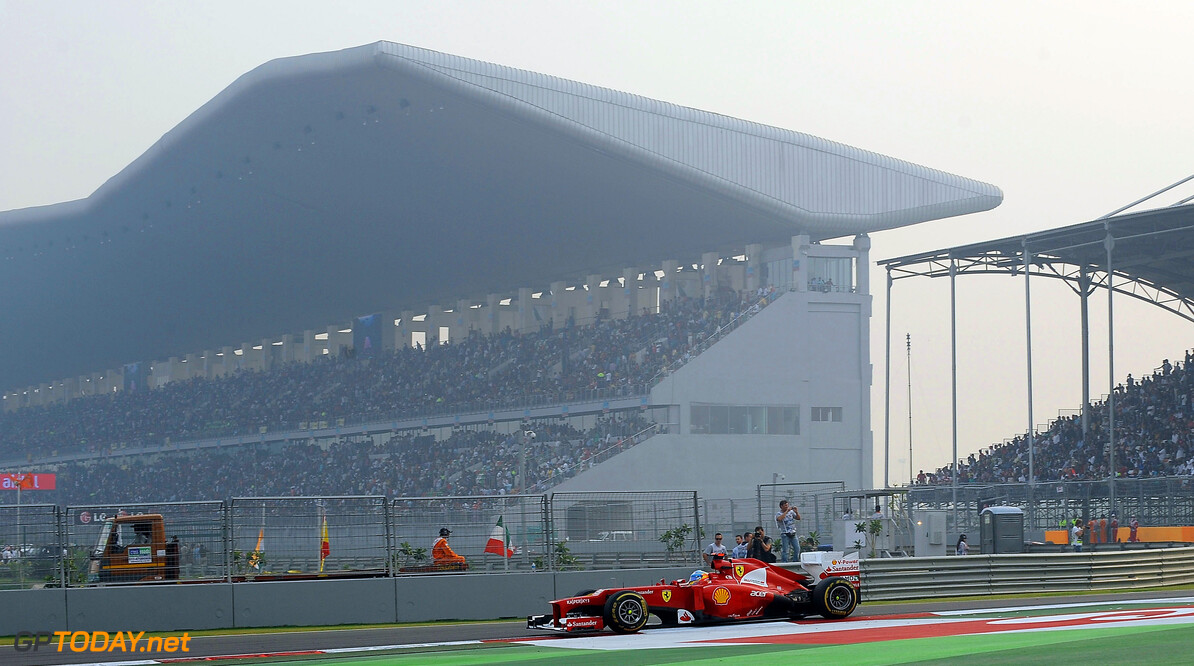 Sitting out next year's F1 calendar is "not a good message" being sent by organisers of the Indian grand prix. That is the warning of triple world champion Sir Jackie Stewart, following news India will not host a race next year before returning to F1 in 2015.

Amid the undoubted tax and customs issues, and the pressure on F1 chief executive Bernie Ecclestone to limit the calendar to 20 races next year, Indian organisers insist missing 2014 is simply "a scheduling matter". "These kinds of adjustments take place all the time," said a spokesman for organisers Jaypee.
More about F1 News


He explained that Ecclestone offered India a March date on the 2014 calendar, but with this year's race taking place in October, the two races would have taken place too closely together. "We were then given the option of holding it in March in subsequent years," said the spokesman.

But Stewart, a veteran figure in the F1 paddock for almost five decades, indicated he thinks the real issue is about tax and customs. "F1 has been able to handle the issue in every other country we go to -- whether it's Hungary, Korea, Singapore, Malaysia or China," the 74-year-old told the India-Asian News Service.

And Stewart said the situation, culminating in India skipping at least the 2014 schedule, could hurt the country's F1 foray. "It is certainly not a good message the Indian grand prix is sending out to the motor sports world, and is not positive for India's image when questions are raised about it," he said.

Not only that, spectator numbers dropped from 95,000 for the inaugural race in 2011 to just 60,000 last year. And after October's race, 16 months will pass before India hosts the next grand prix. "This year's race is crucial," Stewart agreed, "and if the race in 2015 gets the right promotion, there's no reason why it shouldn't again attract large crowds." (GMM)
F1 News
<< Previous article Next article >>
.