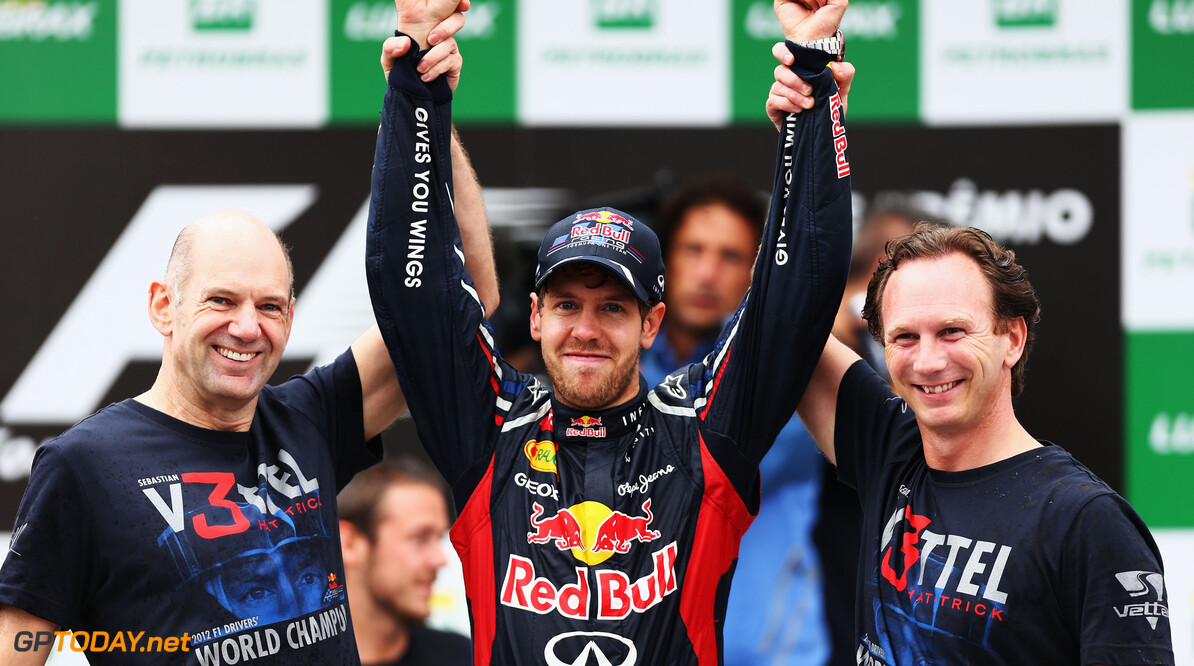 Team boss Christian Horner has admitted car designer Adrian Newey is "a little late" with next year's Red Bull. The Briton made the admission on the Red Bull-sponsored Austrian television channel Servus TV. Pre-season testing for the 2013 season will begin in Spain in early February.

The fact the RB9 is running behind schedule is undoubtedly due to the fact that, while many other teams turned their attention to next year during the 2012 season, Red Bull continued to develop its title-winning RB8 right up until the recent Interlagos finale. "2012 was the hardest season I've ever been involved in," Newey is quoted as saying.

"In 2010 we had a fast car, maybe not totally reliable, but very good," he said. "Last year the car was good and reliable. This year we sometimes had a very good car and sometimes had a reliable car, and we didn't always understand it, which initially was frustrating. The biggest change was the exhaust system which we had developed for two years and suddenly we had to start from scratch," added Newey. (GMM)