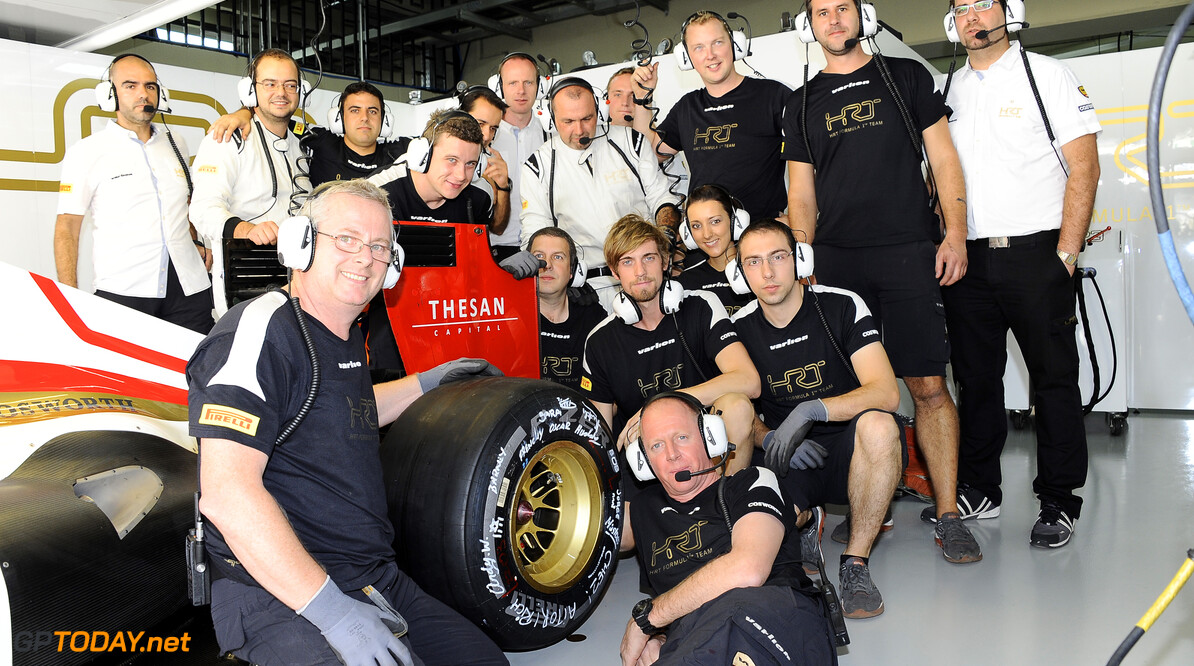 A brawl broke out at ailing F1 team HRT's Madrid headquarters after staff returned from Sao Paulo, El Mundo newspaper reports. The report said the fight involved drunk mechanics who had gone straight from the airport to the team's factory to collect compensation for their redundancies.

"The atmosphere heated up and police had to be called to intervene," said the report. A member of the failing team's management confirmed: "They began to threaten, push, hit; and because there was a violent situation we did call the police." (GMM)
F1 News HRT
.