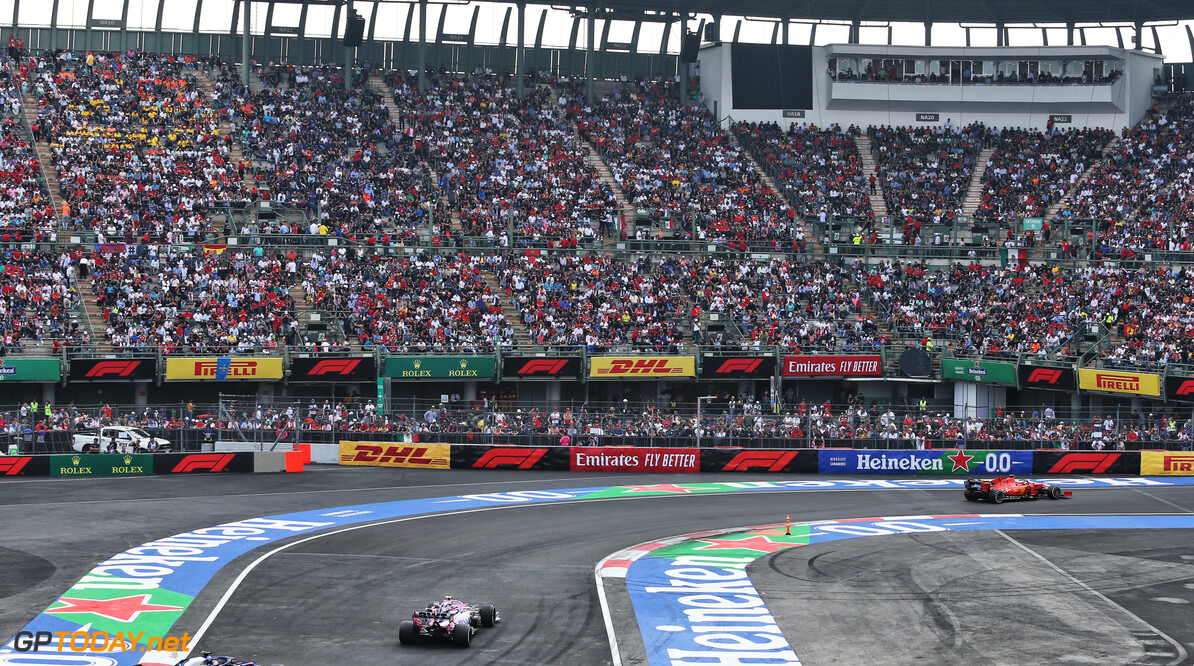 After making his one and only pit stop so early on in the race, the race win looked unlikely for Hamilton - however the Briton pulled through to take his hard compounds to the end, keeping a cool head when being chased by Sebastian Vettel and Valtteri Bottas.

Vettel missed out on beating his teammate in qualiyfing, but was ultimately placed on the better strategy, making a collected call to out longer than Hamilton to make the one-stop easier to the end. Although he couldn't pass Hamilton, it was a strong weekend from the German, who picked up his second P2 finish in a row.

Bottas gave his team a substantial repair job before the race, following his hefty crash in qualifying. Thankfully, the Mercedes driver was uninjured and recovered to a podium finish, keeping the pressure on Sebastian Vettel in the latter stages of the race.

Leclerc once more displayed some strong qualifying pace that was good enough for the front row, however Max Verstappen's penalty meant he started from pole. Leclerc did well to keep his lead into Turn 1, but the two-stop strategy wasn't the perfect one. Leclerc admits he was unhappy with his pace in the second stint, but ultimately, Mexico was an opportunity lost for Leclerc and Ferrari.

The Mexican Grand Prix was arguably Albon's strongest with Red Bull. Bearing in mind that he is still coming to terms with Formula 1, never mind competing with a top-three team, he did well to hold his own during the opening stint, before losing a big chunk of time behind Carlos Sainz after his pit stop.

Verstappen's recovery must be hailed as completing 66 laps on the hard tyre to the end of the race is pretty extraordinary. The Dutchman got his elbows out during the race, and although he didn't benefit from the battles with Hamilton and Bottas, it's difficult to blame him for his misfortunes. After losing what was a surprise pole position, the Red Bull racer was determined to make an impression against his rivals in the race.

Starting from outside the top ten on a tyre of his choice was always going to benefit Perez, but the local favourite drove exceptionally well against Ricciardo in the latter stages of the race, who was on much fresher tyres. A 'best of the rest' finish sits very nicely indeeed with Racing Point.

Ricciardo opted to start the race on the hard tyre and went long into the race, which helped him make up places after a disappointing qualifying. Following the disappointment of Japan and his disqualification, it was a solid return to the race track for the Australian.

Gasly has not done much wrong since his return to Toro Rosso, and had another solid weekend in Mexico. Although he benefitted from the last lap crash between Danool Kvyat and Nico Hulkenberg, the Frenchman was still there to pick up the points.

Much like his teammate, Hulkenberg was enjoying a strong race before he was tagged by Kvyat, which sent him into the barrier. Although he dropped out of the points, he was promoted back in following a penalty for Kvyat. Barring the Japan disqualification, Hulkenberg has scored points at every race since the return after the summer break.

It was a very tight qualifying session for the two Toro Rosso drivers, with both of them managing to get into Q3. Kvyat managed to make the soft tyre last for a reasonable amount of laps at the start of the race and looked set for points. However, he made a clumsy move on Hulkenberg, synonymous with his earlier seasons in the sport which cost him 9th place.

Stroll is not having a bad season by any means, but he is just struggling to put in performances as impressive as his teammate Perez. The Canadian didn't have bad race pace, but his regular Q1 eliminations are costing him points.

Going into the race on Sunday, Sainz looked set for another 'smooth operation', with the pace of his McLaren looking easily good enough for best of the rest. However, after a good start to the race the Spaniard came into the pits for the hard tyre and this is where his race unravelled. The pace of the car evaporated on these tyres, forcing a second stop onto the mediums.

Giovinazzi had a quiet weekend in Mexico, with the Italian often out-performed by his much more experienced teammate Kimi Raikkonen. However, it was a respectable performance from the Ferrari young driver and it looks as if he is doing enough to keep his seat at the team in 2020.

It was yet another terrible weekend for Haas, who is in for a long end to the season. The car just had no pace, with the team yet again really struggling with the tyres. Magnussen did not have the best of races either, coming together with Verstappen at the chicane.

Russell has proven himself to be a solid pair of hands for the struggling Williams team, with his consistency being very impressive throughout this season. The Brit out-qualified teammate Kubica by over a second on Saturday, and then managed to hold off Grosjean at the end of the race.

Grosjean struggled just as much as his teammate Kevin Magnussen during the weekend in Mexico, with onboard footage showing how little grip the Haas VF-19 has. Grosjean will be wishing for the season to be over so he can put all his energy into preparing for 2020.

Kubica was way off the pace on Saturday in Mexico City, but the Pole has blamed the unpredictable feeling of his Williams FW42 for this. On Sunday, the car was back to how it should be, and it was nice to see the fight between Kubica and Russell. Kubica came out on top, and if it was not for a slow puncture at the end of the race he would have beaten the young Brit.

Raikkonen, much like his teammate, had somewhat of a quiet weekend. The Finn was running close to the points during the race until he was forced to retire. The Iceman will be hoping for a cleaner race when he returns to the location of his last victory, the Circuit of the Americas.

Norris admitted to struggling with the car during practice on Friday, and although three tenths behind Sainz he hailed his performance as a 'massive improvement' compared to where he was. The British rookie was running well after a good start to the race, but yet another slice of bad luck meant that his he drove away from his pit stop with only three wheels attached.