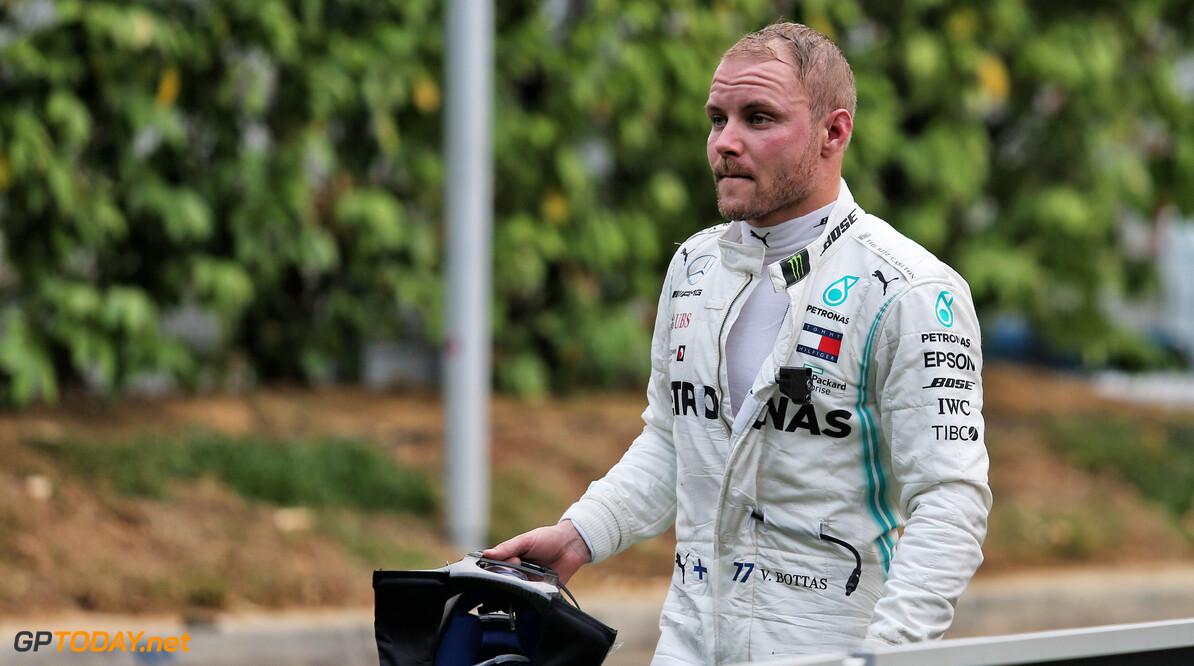 Bottas was lacking pace 'on every compound'

Valtteri Bottas says he was lacking pace on every tyre compound during Friday running at the Marina Bay Circuit in Singapore.

The opening practice session of the weekend ended early for the Finn, as he crashed into the barriers in the final sector after losing the rear of his Mercedes W10.

Bottas admitted that the crash was his own fault, paying the price for making a mistake at a circuit where there are very few run-offs.

"It was a tricky one, I had a bit of an off moment in FP1 which ended my running a but early but everything was feeling okay until then," Bottas said.

"I just lost the back end around one of the corners, and here with no run-offs, you pay the price. It can happen I guess."

In the second practice session, Bottas ended up fourth fastest but was over one second down on teammate Lewis Hamilton, who set the pace.

Bottas confirmed that he was struggling for feel throughout the 90 minutes of running, as he was feeling "friction" within his steering system - leading him to believe that the car wasn't 100% healthy.

"In FP2, I'm not really sure what was going on. I was lacking pace on every single run, on every tyre compound," Bottas stated. "So I'm not quite sure if everything was alright with the car.

"We need to have a look, it felt like I couldn't go any quicker but I was one second off the pace.

"The only thing that I could feel was quite a bit of friction in the steering system, so I struggled to feel the car properly. We'll do everything for sure, but I doubt everything was 100%."