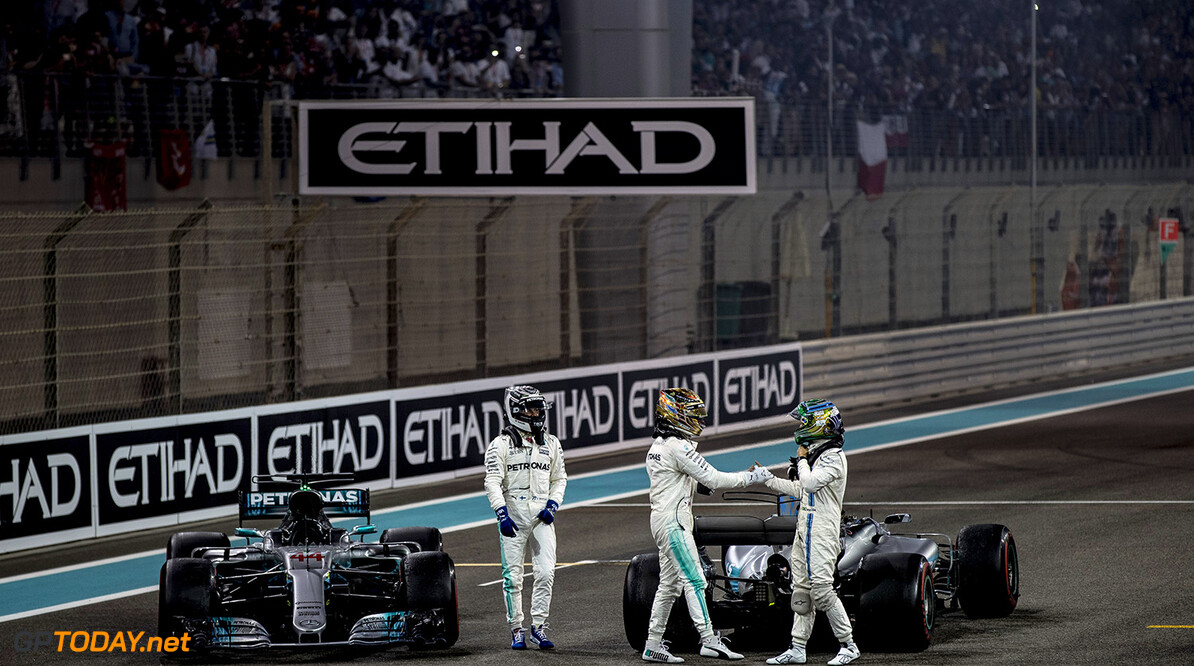 Bottas felt no need to panic on course to victory

Valtteri Bottas said that he kept cool and calm inside the cockpit of his W08 during Sunday's Abu Dhabi Grand Prix, which helped him go on to take his third career victory. The Finn held of teammate Lewis Hamilton, who lurked roughly 1.5 seconds behind for much of the race.

Bottas admitted after the race that his season as a whole has been disappointing, but was encouraged by his victory. Speaking about his race at the Yas Marina Circuit, Bottas said he took the race corner by corner, which allowed him to stay focused.

"Of course Lewis was close and I knew all he was going to need was a proper mistake from me," he said. "Of course he wanted to win so he would have taken the opportunity. I just needed to focus on my things, to get my stuff done so I went through the race corner by corner, lap by lap and there was no panic at any point."

Bottas has signed with Mercedes for next season on a one-year deal, and is looking to impress the Silver Arrows even further:"Next year I'll take it race by race but for sure this weekend has given me a lot of confidence.

"I had good performance in qualifying and, for sure, today was very good. I'm really looking forward to next year, to see what it brings but I'll be working as hard as I can over the winter to try and have a strong one.