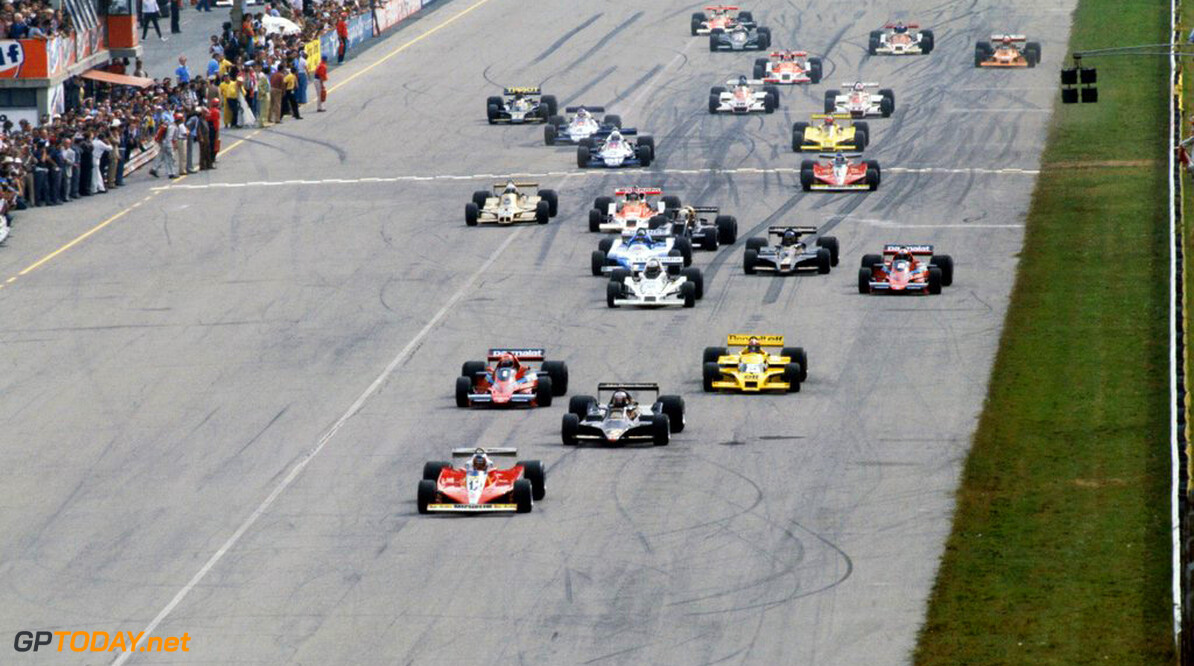 History: 'They were trying to pull his bloody head off!'

In a little sports car driven by a downright obese American, with assistant-doctor Peter Byles in a foetal position between the boot and the front seats, professor dr. Sid Watkins watched closely as they were in pursuit of the just started Formula One cars. With sweat streaming down his face the American steered in too deep at the chicane, launching the sports car in the air. Watkins screamed "We are in the air!" while his colleague in the back came loose and flew through the cockpit. The car plummeted back onto the track. Although they landed on all four wheels, the car was done for and Watkins called it quits. They drove back to the pits. And so ended the first experiment with the medical pursuit car for the F1 starting procedures. This took place during the grand prix of the United States at the circuit of Watkins Glen, exactly two weeks after the fatal start crash at Monza in 1978.

The reason Sid Watkins had for deciding to implement the use of the medical car that would follow the F1 cars along their first lap was less hilarious than its first experiment. Two weeks before the United States grand prix, at the Italian grand prix on the ever dangerous Monza circuit, a horrible crash occurred at which Ricardo Patrese's Arrows (on the picture: the golden-brown car halfway to the left, next to which is James Hunt’s McLaren) left the track and forced Hunt's McLaren into Ronnie Peterson's Lotus after over-correcting. The Lotus hit the guard rail, broke in half and caught fire. At least seven other drivers were involved in the crash, including Carlos Reutemann, Vittorio Brambilla, Clay Regazzoni and Hans Stück. Watkins grabbed his medic-pack and set off to the scene of the accident. However, the Italian Carabinieri already closed off the track and accept for ambulances and fire trucks no one was allowed through. They didn't know who Watkins was, he might as well been a bystander. Watkins' colleague tried to get past but had to suffer the consequences. He got hit in the stomach. Watkins had to watch how Peterson laid next to his burned out Lotus for minutes before being transported, and how Vittorio Brambilla - who got hit by a tire, was unconscious and got thrown into an ambulance without being stabilized first. Watkins decided to run back to the medical centre to await Petersons and Brambilla's arrival. The Swede was stable and conscious, and expected to fully recover. That night, Peterson lost his life after surgery on his shattered legs brought complications. In the end, Watkins was hugely disappointed in the race organisation; Ecclestone was simply furious. After a meeting with Bernie, Niki Lauda and Jackie Stewart, Watkins decided to implement a car that would follow the Formula 1 cars at the start to be able to respond quickly if anything happened like it did in Monza. The car made its debut at Watkins Glen two weeks later. However, race organisations were not happy with it. In Canada they were unwilling to allow it and during the first race of the 1979 season in Argentina, race control hesitantly supplied a car, but gave Watkins no keys and no driver. While he tried to fix this issue the race got underway and again a massive shunt happened, involving multiple cars. Watkins had to react quickly and decided to jump on a departing pick-up truck.

Karma. That’s how one could describe the Argentinian grand prix start crash. Clearly the events on Monza were to be regarded as a serious reason to start using a medical car.  However, the organisation decided to sabotage Watkins' plans and found out that this was a terrible mistake. This time, luckily, the crash had no severe consequences. Only Nelson Piquet suffered a minor injury to his foot. Niki Lauda helped him out of his car and later joked about the marshals trying to get Piquet’s helmet of without releasing the strap, "they were trying to pull his f****** head off!" An amused Lauda continued by telling that he accidentally stepped on Piquet’s hand when trying to untie his strap himself, "this gave him something else to yell about, apart from his foot!" Watkins finally got his medical car at the restart and this time the cars got off without crashing. The call to enhance the medical facilities and the response team was now becoming quite a big thing and finally things were about to get seriously tackled. In part one we stated that no less than fourteen drivers lost their lives between 1967 and 1978. Between 1979 and the current day, five drivers lost their lives. Of course this had a lot to do with better developed circuits, the ever enhancing car safety and better quality helmets and overalls. However, not one of them died on track, and that is something that has to be credited to Watkins.* When the 1979 season got underway, Watkins had carte blanch to tackle every single safety issue and it was him who decided when either one of the sessions could take place. Multiple guard posts manned by two doctors were placed alongside the track, the medical pursuit car became standard, the first medical intervention car was placed on continuous stand-by at the pit-lane exit, medical evacuation had to be done by helicopter only, hospitals were required to be on stand-by the entire weekend, and Watkins even managed to have a Learjet on stand-by for when a wounded driver had to be evacuated to a specialist clinic somewhere far, far way. However, 1979 was still a year that was marked by trial and error because a lot of race organisations were still trying to halt Watkins' ever growing influence on race preparations. In Jarama, Spain, Watkins was denied a helicopter because he was told the ambulance could reach the hospital quicker. Watkins opted to have a race. If the ambulance would reach the hospital sooner than the helicopter would reach the track, the sessions could continue. Of course the ambulance took twice as long, and Watkins got his helicopter. When doing a control lap around Imola in 1981, Watkins noticed a doctor's post with only one doctor. The chief medical service, dr. Piano, talked up to the doctor, but forgot that the driver of the medical car in which they were seated was Phil Hill. Hill was a former Ferrari driver and was fluent in Italian. He translated to Watkins the conversation that was taking place between dr. Piano and the track doctor, "You'd better find your colleague and get his arse back to his post as quickly as possible, because the big bastard in the front [Watkins] is kicking up shit about his absence!" Watkins and Hill chuckled all the way back to the pits.

Watkins' notebook shows that mountains had to be moved before circuit facilities were efficient enough to make drivers' lives less dependant on luck and more on professional and adequate response. Let's take a look at what Watkins desires were to race organisers after 1979.

Some race organisations called for their own autonomy. The fact that a British neurosurgeon is able to decide what is to be constructed before a Formula One race could be held -on for example American soil (gp of Long Beach)- was lawfully illegal. Bernie Ecclestone reacted to this by stating that as soon as he and his organisation (FOCA) set foot on the circuit, the track would become international soil and autonomous from local government. This was of course a load of bluff, but who could say 'no' to Bernie without finding 'ye old horses head in your bed? Race organisations immediately started to alter their circuits and their facilities, and slowly but surely the Formula One started to move away from its morbid reputation.

The third and final part coming up next week.

*The 23-year old Riccardo Paletti died during the start of the 1982 Canadian grand prix. He was alive after his crash but after it caught fire he was out of pulse. He was being reanimated until reaching the hospital where he was declared dead a few hours later.