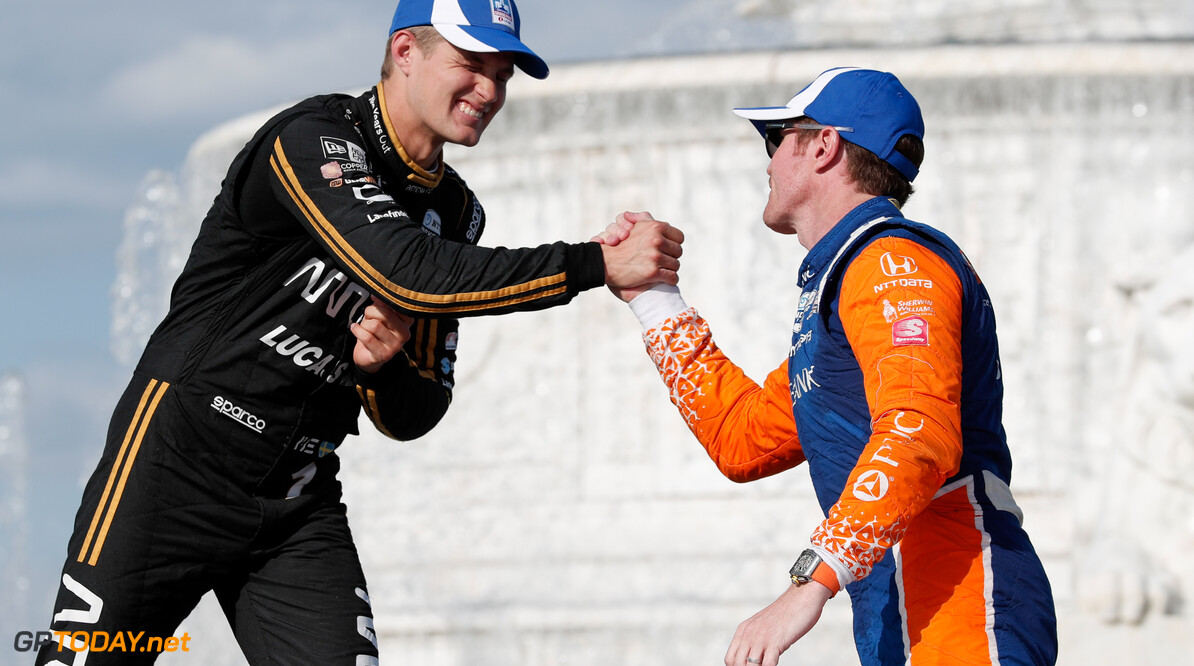 Marcus Ericsson admits he missed the feeling of competing at the front of the grid following his P2 finish at the Chevrolet Detroit Grand Prix at Belle Isle on Sunday.

The Swede held off challenges from Will Power as the second race of the weekend saw two restarts late on in the race. Ericsson took his first career podium since 2013, when he was racing in the GP2 series.

“That's been an extremely long time,” Ericsson said. “I missed that a lot, that feeling. Then to be up there with two legends like Scott [Dixon] and Will, to run with these guys, running behind Scott Dixon, Indy last week I was running with Scott.

"You just learn so much running behind these guys because they are so experienced, good drivers, doing the right things. Obviously sharing the podium with Scott and Will was a special moment for sure."

Ericsson's podium finish is by far his best result of the season, as his only other top ten finish came in Alabama, where he crossed the line in seventh.

"I think the pace we've shown all the way through, the results were going to come," Ericsson added. "I'm just really happy it did today because I think we deserved that. The team did deserve that because they've done an amazing job all year."

Schmidt Peterson Motorsports' general manager Taylor Kiel commented: “For him to hold his own and hold serve and bring home second was a huge victory on a lot of fronts for him.

“Marcus has plenty of skill. He’s shown it all over the world. He just needed the opportunity to showcase it here. Finally, he’s done that, and I think there’s going to be more to come for him for sure.”