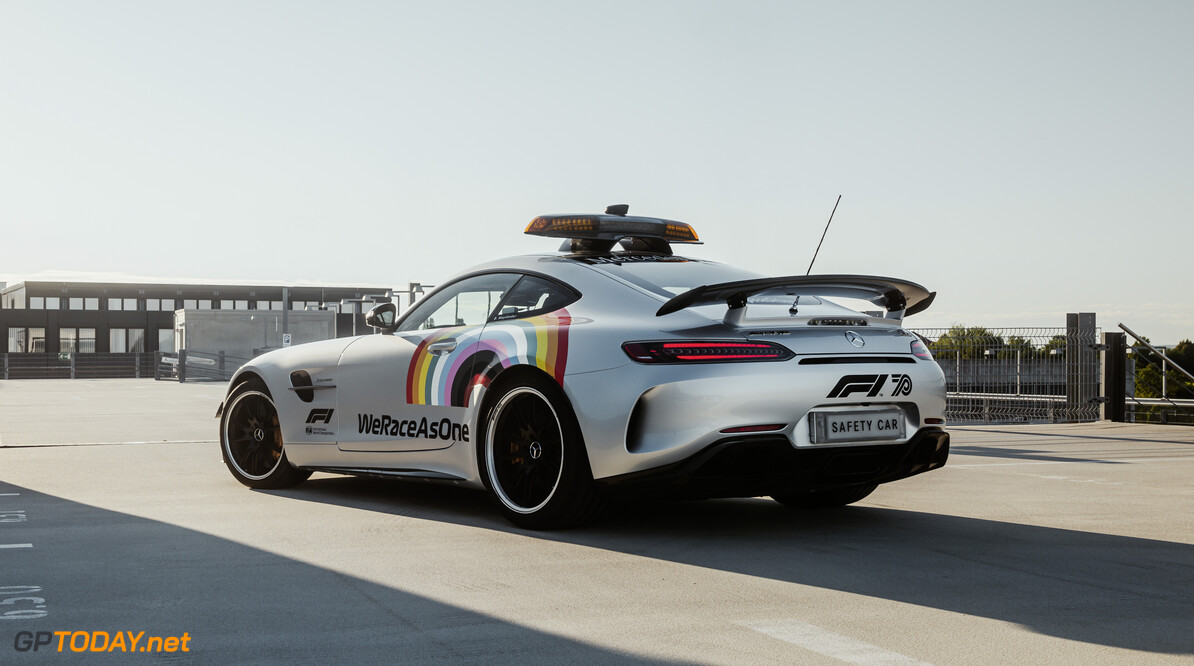 A new safety car livery that features the #WeRaceAsOne logo has been revealed in the Austrian Formula 1 paddock.

F1 launched the new initiative last month that aims to listen to those within the paddock on how to increase and improve diversity within F1.

A Task Force has been set up which is being funded by F1 CEO Chase Carey that will see underrepresented groups gain access to F1 internships and apprenticeships.

F1 chose a rainbow as the logo of the initiative as it “has become a symbol used internationally in the recent crisis to bring communities together”.

The logo will feature on both the safety car and the medical car throughout the year. It is most notably present towards the rear of the car, however it is also on the front bonnet of both cars.

Race tracks will also feature branding of the logo around the circuit, while cars will also have the design as part of their liveries.

MORE: McLaren to use slightly revised livery in 2020 as part of #WeRaceAsOne initiative

The new F1 season kicks off this weekend in Spielberg at the Red Bull Ring, which will also be the venue for the second round of the year in just over one weeks' time.