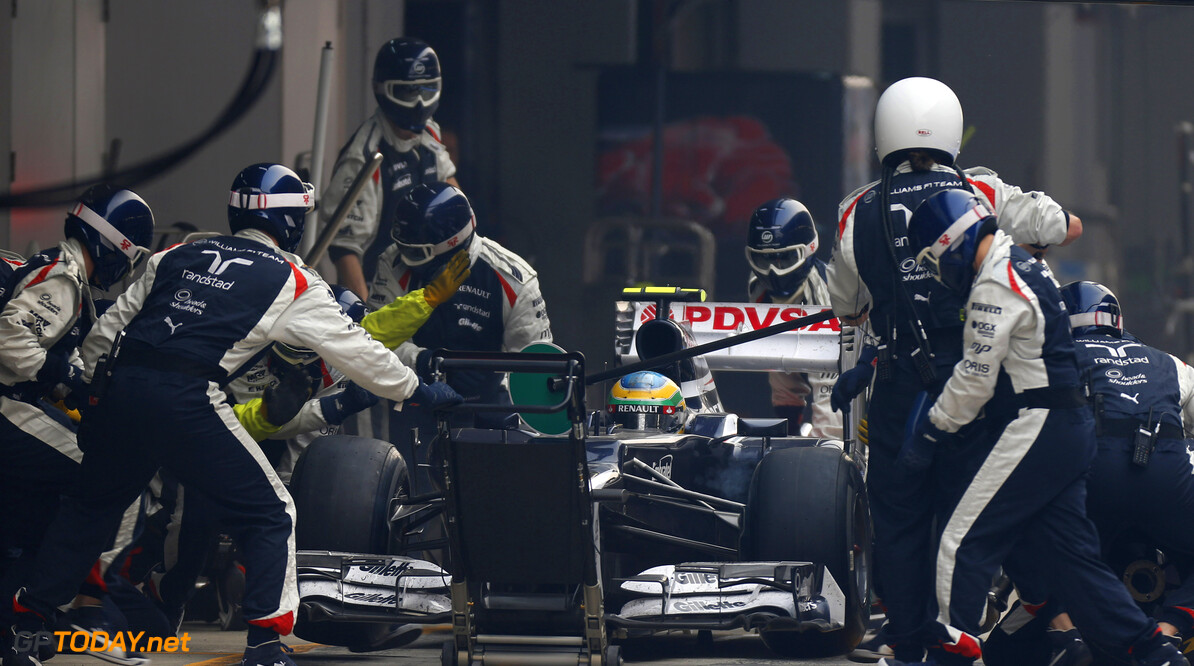 There have been 204 fewer pitstops this year compared to the same period in 2011, an analysis by the German magazine Auto Motor und Sport shows. The report showed that, in the first 18 races of last year, there were 1,058 pitstops, compared to 854 so far in 2012. "Pirelli is playing it safer," journalist Michael Schmidt surmised.

The conclusion is that while Pirelli's compounds are generally softer this year, the Italian marque is now often more conservative when it comes to choosing the compounds for grands prix. Paul Hembery admitted: "The tyres were probably too hard for India and Abu Dhabi," said Pirelli's motor sport director. This will be corrected next year." Another factor, Hembery said, is that "the cars are generating more downforce, and the teams have learned how to deal with the tyres". (GMM)
F1 News Pirelli
<< Previous article Next article >>
.