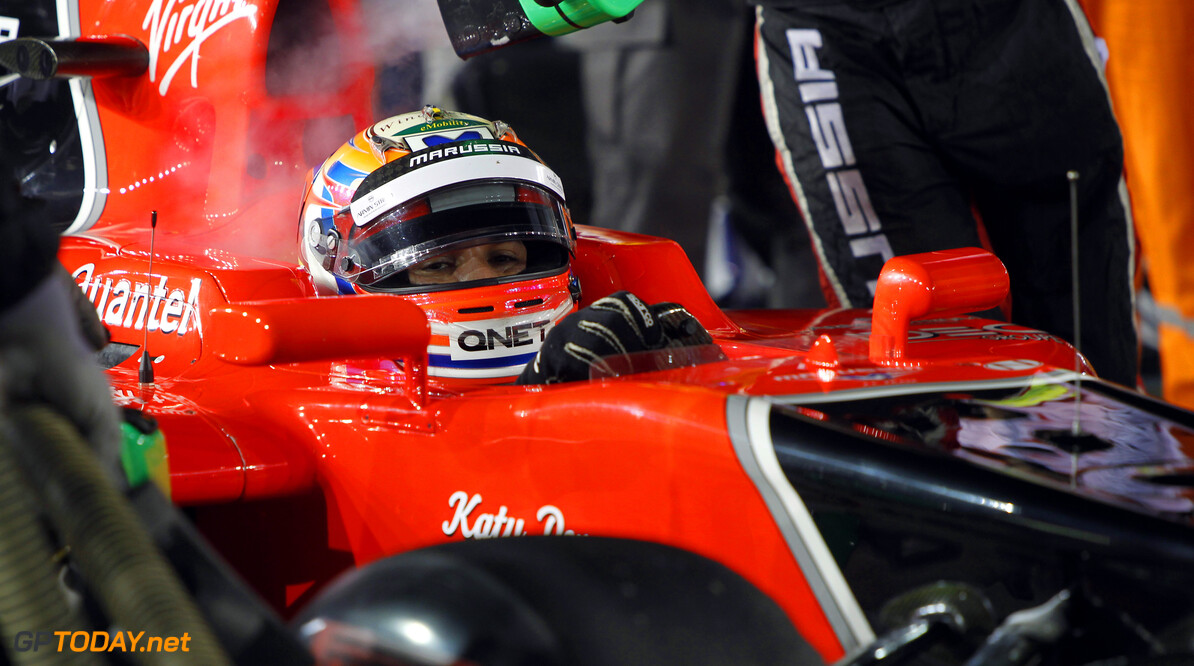 The weather conditions awaiting the Formula 1 fraternity in Japan are suggestive of a maelstrom befitting the last few weeks in the sport - turbulent but very interesting - with many team members currently waiting in neighbouring countries for a typhoon to pass. For the Marussia F1 Team however, spirits remain suitably lifted after a very positive race for both Timo Glock and Charles Pic in Singapore, which put the team back into the all-important 10th place in the Constructors Championship it relinquished temporarily from Monaco onwards.

Timo Glock: "Suzuka is quite a different circuit to the last race in Singapore and with a lot of high-speed corners. Now we just need to wait and see how the car performs there. For this race we again have a couple of new developments on the car suited to this track, and I am hoping we will see another step forward and an even better chance of fighting with our immediate competitors and further closing the gap to the front of the field. Another tough and demanding race for the team, being a back to back with Korea. Although Singapore was a tough challenge logistically and operationally, the result there gave everyone a boost, which was very nice to see and share in after all the hard work that has gone on this year in particular. I hope we can be strong again at Suzuka and do everything we can to defend our 10th position in the Championship."

Charles Pic: "I visited Japan for the first time in 2011 to watch a race I was hopeful I would come to take part in. Twelve months on, I'm back and doing just that. My visit was quite short last year and as I passed through Tokyo I was also hopeful that I would be able to spend a little more time exploring Japan next time around too - I loved the city and the country. I really like what I have seen of the circuit. It will obviously be another new challenge for me, driving here for the first time. Although it is a very technical circuit, I think the hardest new track for me - Singapore and its night-race - is behind me and my preparation will be much more representative of the other new long-haul tracks I have tackled in my debut season. These are important times for the team and we need to work together to ensure that now we have 10th place back we hold on to it. I realise that is the key objective for us in these races and I will be playing my part in that - hopefully with some strong performances along the way to underline everything I have learned this year. As far as Japan is concerned I am looking forward to some time to explore before and after the race, so I can really make the most of the whole Suzuka experience."

John Booth: "We take the trip back to the Far East after a week back at base, feeling very positive about the way the last third of our season has started out. We are in a much stronger position in development terms at this stage of the year than ever before and that is really exciting for us as an ambitious team looking to make significant strides for next season and beyond. It was fantastic for us to earn back 10th place in the Constructors' Championship, but we have to keep pushing all the way to Brazil now. Fortunately we have two highly competitive challengers in Timo and Charles - and continual developments coming through from the technical team - to be able to do just that. We enjoy the Suzuka experience immensely, although the weather conditions as we all embark on the trip seem quite interesting! It's still a little early to see how that will affect us over the race weekend, but we'll approach it as a potential opportunity. We also look forward to having Max Chilton alongside us in his new capacity as Reserve Driver, up to the Brazilian Grand Prix. He is extremely motivated to be working alongside the team so closely and to see what he can learn during this period."
F1 News Marussia
<< Previous article Next article >>
.