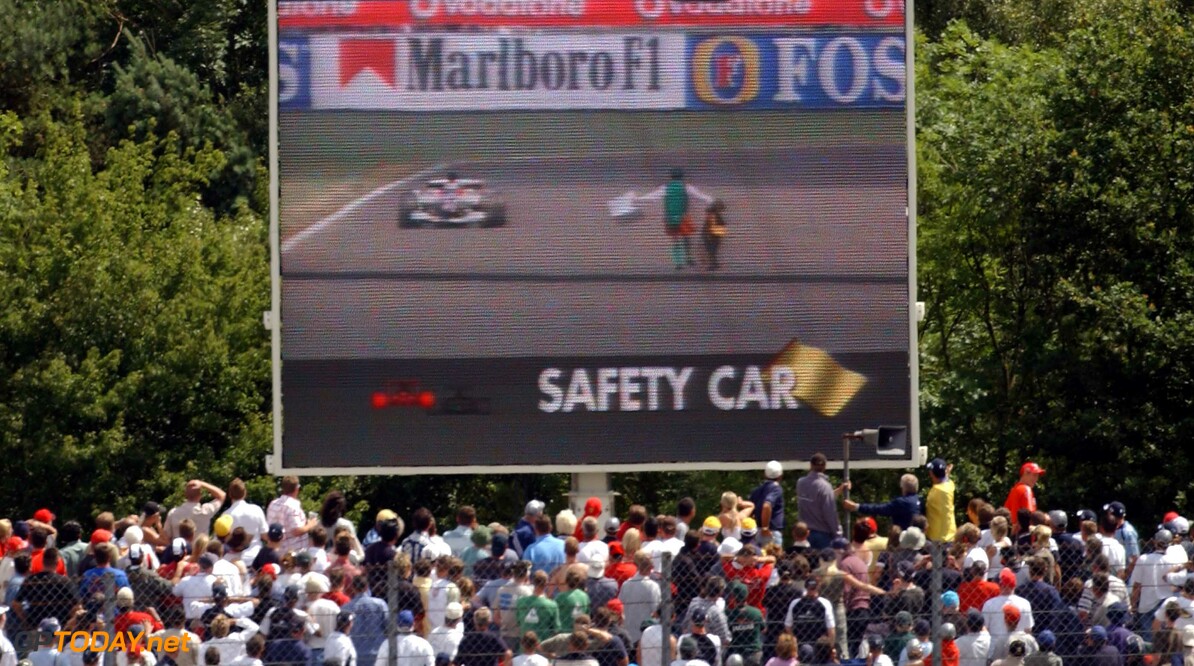 F1 to stream the 2003 British Grand Prix on Wednesday

Formula 1 has announced that it will stream the 2003 British Grand Prix on Wednesday, as part of its movement to entertain fans amid the ongoing coronavirus pandemic.

Heading into the race, which was the 11th round of the season, Michael Schumacher held an 8-point lead over Kimi Raikkonen in the drivers' championship, while Ralf Schumacher lingered just three points behind Raikkonen.

Ferrari's lead in the constructors' championship was in jeopardy as Williams sat just three points behind. Behind the top two, McLaren was 15 points down and looking to close the gap.

Kimi Raikkonen was the lead car on the second row, heading both Schumacher brothers. Ralf managed to get the better of his older brother Michael.

The race is particularly famous, or infamous, for the track invasion of a fan that occurred not long after the start of the race.

Formula 1 will stream the race on its YouTube channel on Wednesday, May 13th, at 7 PM BST.